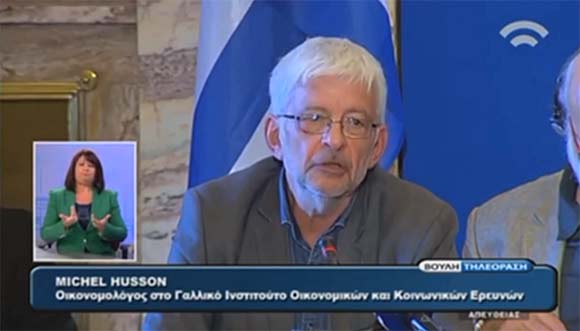 Michel Husson’s decease will leave many comrades all over the world with a deep sense of loss and bereavement.

Michel Husson (1949-2021), who had a solid training as an economist, was a keen observer of the capitalist system and its evolution in order to contribute to its overthrow and to social emancipation.

Michel always clearly claimed his adhesion to Marx’s economic theory and contributed to its modern day progress by studying and interpreting the present. He had been inspired by the works of Ernest Mandel (1923-1995), one of the leaders of the Fourth International and one of its leading economists. Michel Husson devoted several articles to Mandel, the most recent was written in 2020 during the CoViD-19 pandemic.

Michel Husson was an internationalist. In the 1980s he had been attentive to the social and political struggles in Latin America and in Mexico in particular where he had worked from 1985 to 1987. At the time there was a revolutionary upsurge in Central America (Nicaragua, El Salvador, Guatemala,…). His Mexican experience yielded a book published in 1987 under the name Maxime Durand, La tourmente mexicaine (freely available at http://hussonet.free.fr/tourmente1987.pdf ) which provides a good introduction to the politico-economic history of Mexico since the early 20th century. Michel Husson was active in the Fourth International and its French section, the Ligue Communiste Révolutionnaire. At the time he was very much interested in the issue of the Third World and with his comrade and friend Thomas Coutrot he had written a short book Les destins du Tiers Monde (1993), which became a reference work for understanding the economic and social situation of countries of the ‘South’ in their diversity. When the CADTM, Committee for the Cancellation of Illegitimate Debts, created in Belgium in 1990, began to develop its activities, Michel Husson immediately offered an active collaboration. He participated in international meetings and provided articles for publications. He regularly contributed documents that proved useful for the CADTM’s activities and analyses.

Michel Husson took part in many training workshops and seminars to advance Marxist economic theories and practices, notably at the International Institute for Research and Education in Amsterdam.

In March 2008, Haiman El Troudi then minister for economic planification in the Chavez government sought consultations in order to develop fresh economic policies. A seminar was organized in Caracas in which Michel eagerly accepted to take part. The seminar lasted for four days during which we heard a number of first-hand testimonies on the the actual state of the Venezuelan economy, on the basis of which we drafted proposals to initiate a revival of collective economic progress. The change would have involved much more workers’ collaboration and control. It would have been necessary to raise wages, to improve housing conditions, to audit the debt, to strengthen the public sector, to substantially improve the agrarian and energy policies, to speed up the implementation of the Bank of the South. Other comrades who took part alongside Michel Husson were Michael Lebowitz from Canada, Claudio Katz, Eduardo Lucita and Jorge Marchini from Argentina, Daniel Libreros from Colombia, Orlando Caputo from Chile, Marc Weisbrot from the United States Eventually our proposals were not taken into account.

Michel Husson used his ability to analyze and argue his point to help further major struggles such as that against illegitimate debt (see below) or for the collective reduction of working hours as a measure to absorb unemployment. He published several books, booklets and articles on this issue, and participated in many protests both in France and abroad in the 1990s. He was active in international coalitions such as Les Marches européennes contre le chômage (see http://aei.pitt.edu/2063/ ) and in France he co-founded Agir ensemble contre le chômage.

Michel Husson’s participation in the fight against illegitimate debt

From 1989 Michel Husson immediately participated in the campaign for the cancellation of the Third World Debt, notably through his involvement in the support to the collective for the cancellation of the Third World debt launched from the Bastille Appeal and he participated to a counter-summit when the G7 met in Paris invited by François Mitterrand on the occasion of the French Revolution’s bicentenary. He was very active with the CADTM in the wake of this event. After the 2008 crisis, Michel Husson was very involved in collectives for a citizen audit of the debt (CAC) launched in 2011 at the initiative of ATTAC and the CADTM in France with the support of numerous organizations. His contribution to the drafting of the CAC’s report on France’s public debt was essential. The report established that 59% of this public debtwas illegitimate.

In 2015, when the president of the Greek parliament set up a Committee for Truth on the DebtI called on Michel to take part. An entirely benevolant participation alongside the 11 foreign experts and around twelve Greek experts who were members of the committee. For three months, from early April until the end of June 2015, he regularly traveled to and from Athens to participate in the Committee’s work. In fact, he had not been easy to persuade: he insisted he could just as well participate from France. I had had to insist heavily that his direct participation in the collective debates would be essential to their quality, and thus to our chances of success. Once involved, he was one of the most committed in the panel. I am convinced that this was one of his best experiences in terms of collective work at the time. Whereas he was feeling deeply disappointed by the way French politics had turned out, he recovered real enthusiasm in working on this Committee in Greece. Evidence of this was his light-heartedness and humour, as when Zoe Kostantopoulou, then President of the Greek Parliament, invited him to say a few words of introduction at the rostrum of a conference room in the Greek Parliament he began his speech in English, and with a wink, pointed out that his command of English was as odious as the Greek debt. Michel Husson took part in the drafting of the Committee’s report, which recommended suspension of repayments to the Troika (IMF, ECB European Commission) (i.e. 85% of the Greek debt) that we had identified as odious, illegal, illegitimate and unsustainable. He was present when the report to the Greek parliament and government was presented on 17 and 18 June 2015. When the government capitulated in front of the Troika in early July 2015, the PM put an end to the Committee’s work in spite of the President of the parliament’s protest. When we met again in Athens in September 2015 on her invitation and despite Alexis Tsipras’ opposition, Michel drafted part of the additional report that the Committee adopted and he was one of the spokespersons to the Parliament. In the video of his speech (only in French) you’ll notice that though he started with some ironical comments he soon developed a rigourous analysis.

Over the last years, Michel Husson further developed his criticism of political economy, for instance in his collaboration with the website A l’Encontre. In several of the articles we perceive his expressive humour, which reflects his personality and notably his desire to expose the bigots and frauds who hide behind ‘economic science.’ See his piece ‘Quand vous lisez un article savant, il y a une chance sur deux pour qu’il ne soit pas digne de confiance !http://cadtm.org/Quand-vous-lisez-u...(When you read an erudit article there ishalf a chance that it doesn’t deserveto be trusted)’

One last illustration of the extent of his thinking is provided by the book he cosigned with Alain Bihr in 2020, Thomas Piketty: Une critique illusoire du capital, in which the authors show the relevance and necessity of a radical questioning of capitalism and also of delusive pseudo-criticisms of capitalism. 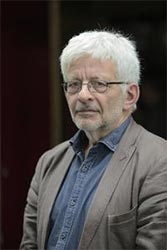 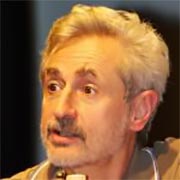