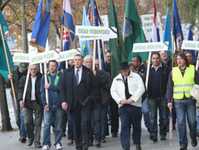 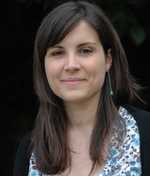 New grassroots movements, assemblies and unions are arising in Bosnia Herzegovina. Other post-Yugoslav countries experience similar returns of the left.

What’s going on in Bosnia Herzegovina ten months after the uprising? [1] Following the violent riots in February 2014 [2], the citizens of Bosnia have jointly channeled their rage into horizontal and self-organized assemblies called plenums, which mushroomed throughout the country and surfaced in as many as 24 cities and towns. Unfortunately, the flood that hit the country a few months later appears to have wiped out the new experiments of collective self-organization. But the protests, plenums and even the flood contributed to activate a solidarity chain that has now translated into an informal network calling for social justice. 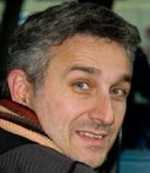 Debt, a weapon of mass destruction aimed at the people

To begin I will start with a statement by Warren Buffet, who, according to Forbes magazine, is one of the richest men in the world: "There’s class warfare, all right, but it’s my class, the rich class, that’s making war, and we’re winning (New York Times 26/11/2006).”

This cynical statement has the merit of clarity. We are talking here of war, economic war that is not constrained by borders and does not bother about nationalities, only about the interests of one social class. This type of war is responsible for millions of deaths each year, it is comparable with armed conflict. As the capitalist economy has become global so, along with it, has economic warfare.

This remark is intentionally general. I want to present a wide framework in which many different situations may exist. My presentation is not cover all situations and will not be giving lessons to anyone or talking in the place of anyone. Each country or group of countries has its own experience in terms of public debt and I come here, just as much, to learn about them; from you.

Across America from New York to California, in all of the major cities, there have been militant, disruptive demonstrations involving altogether tens of thousands in protests against the police killing of Michael Brown and Eric Garner and the failure of grand juries in either Missouri or New York to indict the police officers who killed them. Beginning in Ferguson, Missouri (near St. Louis) in August, the protests have continued throughout the fall, culminating in a massive movement for days in December. On December 13 hundreds of thousands of protestors marched New York City and Washington, D.C. and other cities. We may be at the beginning of something new, big, and important. 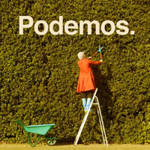 Why the Portuguese public debt is not payable 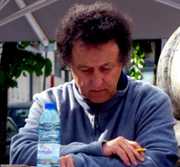 There has been “not one historical incidence” where austerity policies have led a country to get out from under a heavy debt burden.

1 - The debt is an instrument of domination.

2 - A partnership between States and Capitalists

3.1 - Proactive and radical continuation (Hypothesis I)

3.3 - A prolonged continuation (Hypothesis III) 4 - An evaluation of the debt installment not to be paid 5 - How to get out of this?

100 years ago today: When Karl Liebknecht said ‘no’ to world war 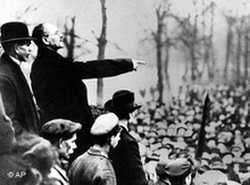 During the first four months of the First World War, no statement from German socialists appeared denouncing the war. Government repression and the bonds of Social Democratic Party discipline prevented antiwar voices, such as those of Rosa Luxemburg and Karl Liebknecht, from gaining a hearing.

This changed 100 years ago today—on December 2, 1914. Liebknecht took a bold stand against the slaughter as the first deputy to vote in the German parliament (Reichstag) against allocating funds for war spending. His protest resounded across Europe and gave new hope and energy to socialist antiwar currents.

Balkans for the peoples of the Balkans

The Balkans struggles under a triple crisis of foreign debt, mass unemployment, and the productive sector. In reality this is a crisis of dependency on European capital. Economic life is completely dependent on importing expensive European capital to cover the yawning trade and budget deficits, representing a vast plunder of national wealth to the European bankers. With the crisis, the foreign bankers who control the financial system of the region stopped lending and the debt pyramid collapsed. Since then Greece, Slovenia, Serbia, Romania and Bosnia have been under the receivership of the Troika (IMF, EU, ECB), which has imposed, with the connivance of the official political class, austerity programs so savage as to provoke a humanitarian disaster. A new European war rages. Its aim is to make the Balkans and the rest of peripheral Europe pay for the debts of the Northern European banks.

This article reviews a number of developments that occurred between 2000 and 2014 related to the debt issue, various aspects of the international crisis |1|, international financial institutions, the scope of attacks against social and economic rights, and CADTM priorities.

Several changes have occurred since the end of the 1990s.

1. Several countries in the South have moved away from neoliberal policies

After over twenty years of neoliberal policies and multiple forms of resistance, towards the end of the 1990s and at the beginning of the new millennium, several Latin American nations disposed of their neoliberal presidents thanks to massive social mobilisations and elected heads of state who implemented policies that meet the people’s interests. The people of those countries wanted to free themselves from measures derived from the ‘Washington consensus,’ as imposed by the IMF and the World Bank (privatisations, cuts in public services, ‘liberalisation’ of trade that deprives small local producers of any protection, enforced commodification, destruction of decent jobs, cancellation of subsidies for food staples and services such as water, electricity, gas, and transport). These policies were implemented on the pretence of repaying their public debts, much of which was illegitimate or illegal, as was the case in Venezuela, Ecuador, Bolivia… |2| Ecuador’s government took a remarkable initiative in 2007-2008 when it carried out a complete audit of its debt with the active participation of representatives from social movements |3|. On the basis of this audit, it then suspended repayment of the part of the external debt identified as illegitimate, and imposed a significant reduction of the debt to its creditors |4|. This made it possible to increase social spending. Unfortunately, this initiative did not snowball as had been hoped, since other countries in the area did not follow suit.

When Honda workers in China went on strike for higher wages, their union sent thugs to convince them to return to work. Eli Friedman’s new book Insurgency Trap shows why the rising wave of protests sometimes wins concrete gains, but stops short of forming lasting organizations that could alter the balance of power.

China is the world center of wildcat strikes—given that no strike in China is officially allowed under the law. The government doesn’t issue statistics, but one source found 1,171 strikes and worker protests from June 2011 through 2013 [2].

Brussels: huge success of the national demonstration called by the the common trade union front

The national demonstration in Brussels, the beginning of the plan of action of the common trade union against the Michel 1 plans (and the cuts at the regional level) was a huge success. With 120,000 participants, all expectations were broadly met. Contrary to what was feared at one time, the mobilization was a great success in Flanders also: there were thus 20,000 participants from the province of Antwerp, close to 9,000 from Eastern Flanders and so on. The fear created by some that the CSC and the liberal CGSLB union would only mobilize verbally also proved unfounded.

A revolution for life – “We have, in essence, developed a democracy without the state”

On Sunday November 10 Saleh Muslim Mohamed, co-president of the Democratic Union Party (PYD) representing the independent communities of Rojava (Syrian-Kurdistan) and its armed wings, the People’s Defense Unit (YPG) and Women’s Defense Unity (YPJ), visited the Netherlands. Muslim spoke about the fight of Rojava against the Islamic State (ISIS) and the development of democratic autonomy during the Rojava revolution. Artist Jonas Staal interviewed him afterwards. 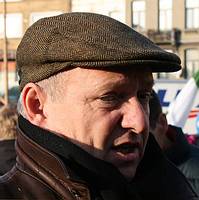