Left Experience in the Spanish State: Two Years of Podemos 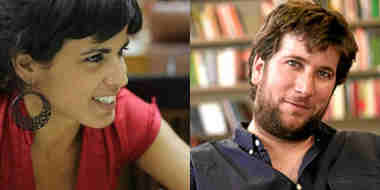 This Sunday (17 January 2016) we celebrate the anniversary of our first public act: the press conference at the Lavapiés Theater District in Madrid in which we were lucky to participate. We have built a great organization which has managed in two years of history to produce a storm of enthusiasm for change and has become a reliable electoral tool. We have helped to open a new cycle in which public life is no longer split in two and, above all, we have repoliticized society in a moment in which possible responses to the suffering of the people might have been resignation, apathy, or even hatred. And we have done it fundamentally by articulating a new and terrible sense of reality in material terms (the crisis and its effects) and in subjective ones (outrage at the socioeconomic reality and the corruption in government).

At this point it’s worth reflecting on our original intent: to reverse the train of austerity and design a tool of “popular and citizen leadership” as we stated in our original slogan. This is not for nostalgia, but is a necessity—there’s little room for nostalgia or for posturing after two years. Otherwise we produce a binding new cycle of mobilization that breaks with our most precious and vulnerable asset: the circles [1] and our means of communication with other sectors and comrades. We run the terrible risk of turning into just one more party.

In these two years Podemos has been a model in the construction of innovative party structures. There is, for example, our economic independence from banks, and our communications capability, discursive and in social networks. But already there is a consensus in the heart of the organization that the two disconnected paths along which we have moved so far—direction from the center and building from the grassroots—must be synthesized into something superior. Self-satisfaction is a bad counselor for any great undertaking. We must reinvent ourselves and fight bureaucratic inertia, and we must develop tools for collective control over and participation in our decision making process and responsibilities, and for implementation in different areas and among different groups.

We ought to be conscious, so as not to die from our own success, that the “machinery of electoral war” is performative, and it generates a certain political culture, certain vices and habits and inertia. The responsibilities of elected position, representation as well as moments of liberation—the daily temptations to adapt to the fabric of power necessitate a counterweight, an antidote if these things become toxic. An organization based only on its elected positions seems insufficient, if not counterproductive, to take up the challenge of transforming the reality of a system in which power is not located solely in the formal spaces of institutional representation. Power is exercised in the aggressive and anti-egalitarian management of the commons in every neighborhood, every town, every village, every region; power is exercised in the relations between men and women, adults and children, center and periphery, north and south and, in what continues to be the crux of the matter, between capital and labor.

Either we accumulate real social victories or the best written agreements and antieviction protocols, the most poetic social pacts, the most melodic constitutional reforms remain nothing but ink on paper in terms of everyday relations between those who carry their families on their backs each morning and those who make a lifestyle out of the accumulation of wealth. Not even the existing laws protecting the most vulnerable and majority sectors of society, insufficient and diminished as they are, are implemented today. We must alter relations of power everywhere. We must win everywhere. And for that we need strong and well formed bases of power, articulate leadership, and deep roots, because only strong roots keep us going in spite of the furious attacks from above from those who aren’t willing to give up their privileges. Plant and grow seeds, knitting alliances with all social and political sectors that see the need for change. Plant and grow.

During the first months of Podemos’s existence, Pablo Iglesias used to mention a fundamental idea: “power does not fear the left if the left isn’t doing politics.” Podemos was born as a tool for the “empowerment of citizens” and that task has a permanent reality. The elites are more or less afraid of us. They may even hate us expressly as they have demonstrated before our breakthrough in institutional spaces, but what the elites truly dread is the thought of people who are unafraid, people creating spaces for selforganization, breaking into social and political life, collectively fighting for their rights. Of workers, unafraid, defending what is theirs. Of women without fear of men. Of neighbors organizing together to build common spaces of solidarity. Of our immigrant and refugee brothers and sisters unafraid of xenophobic and exlusionary laws.

Podemos was born as a sort of continuation of the “Down with the Regime!” politics that were shouted (and painted) on the streets in the most intense moments of the anti-austerity demonstrations. Today that regime, severely wounded since 15-M, [2] is trying to recompose and stabilize itself. They should not see in Podemos an ally for that. In our opinion, there is no possible reconciliation with the regime of amnesia, austerity, limits on democracy, and submission to the Troika. For us, the purpose of Podemos as an instrument had (and has) an obvious objective: to end politically the regime of 1978 [3]and open a new era that, under the leadership of the popular classes, allows the development of constitutional processes.

Two years ago the uncertainties were enormous, the challenges massive. Today they are no less so. We must keep pushing this process of change so that we don’t have to march backward. A process of change that should not be limited to Podemos and the necessary “assault on the institutions.” It ought to go beyond electoral politics and messaging. For this we need to restart a phase of mobilization fighting for a social agenda in the near future, one that exerts real people power against the inevitable institutional barriers. In this sense, we should not lose sight of the broader European dimension of this process of change—a dimension that, as shown in the case of Greece, is a fundamental leg of a strategy for real change that takes on the powers that be and the blackmail of the European institutions. After two years we know that the battle against the ruling class is here and now, but the war is, at a minimum, European.

Two years of Podemos. Five years of indignation. [4] Eight years of capitalist financial crisis. Not a second for complacent celebration. Our adversaries don’t rest, our need for change remains urgent, if not even greater, after two years of work to translate the “yes we can!” of the streets into a categorical “We can!” [5] Forward, with all the forces of history!

* Translated for Solidarity by Alex Fields.

* Footnotes are from the editor, not the original text.

[1] Locally-held assemblies based on geography or area of political interest.

[2] The 15-M anti-austerity movement, also known as the Indignados movement, named for the 15thof May when demonstrations began in public squares in dozens of Spanish cities.

[3] The current Spanish Constitution was approved in 1978, restoring electoral democracy, following the death of Franco in 1975.

[4] A reference to the 15-M/Indignados movement.

[5] Podemos translates, literally, “we can.”