Greece: No to the diktats of the Troika, solidarity with the Greek people 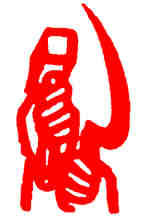 This statement was issued by the Secretariat of the Bureau of the Fourth International on 29 June 2015.

The announcement by Alexis Tsipras of the referendum on 5 July, in which the voters will be asked to reject the draft agreement of the Troika, is good news for the Greek people and for all those in Europe who are fighting the policies of austerity. We hope there will be a massive “no” vote to the European diktats emerging from the ballot boxes on Sunday evening.

The leaders of the European Union have thus demonstrated once again their willingness to trample on the fundamental rights of the Greek people by attempting to impose a shameful agreement. In addition, they dare to say that the Greek government has crossed a red line for having announced a democratic consultation of the population in a referendum. The challenge for the coming days in Greece and in the whole of Europe is crucial. All the forces of the labour movement must stand in solidarity in the face of the frontal attack against the Greek people. To save their reactionary institutions and banks, the European leaders of the right and of social democracy will make every effort to combat the choice of no by the Greek voters and try to coerce the Tsipras government into capitulation or resignation.

For six months, the objectives of the EU and the IMF were simple: they could not accept that the Greek government did not bend to their demands, that it did not capitulate by applying to the Greek people new social cuts, a pension reform and an increase in VAT imposed on goods of daily consumption and energy. It is out of the question for the European leaders that a country should escape from the policy pursued by the capitalists, the banks and the governments that impose on the peoples an austerity without limit. Therefore, it was important for Merkel, Holland, Lagarde and Junker to show to the other peoples of Europe that there is no alternative policy, to show also that, regardless of their electoral choices in their respective countries, democratic rights stop where the all-powerful capitalist system starts. Therefore, it was necessary also to impress upon the Greek people that the choice by the majority of a party rejecting austerity could only end in failure or capitulation and that Tsipras should either resign or accept a shameful agreement, break up his party and ally himself with social democracy and the right.

In voting on 25 January for Syriza, the Greek voters clearly expressed their rejection of the rise in poverty and unemployment that have hit them since 2010.

A third of the population and two-thirds of pensioners live below the poverty line, 28% of workers, 60% of young people, are unemployed. This is the result of the policies imposed by the memoranda of the Troika; it is to this unbearable life that the Greek people wanted to put an end by rejecting the parties who had led them to this disaster.

For six months, Tsipras has pursued an impossible goal: obtaining an agreement with the EU, the ECB and the IMF that would not mean new suffering for the Greek people; paying all debt commitments on time without stepping up austerity policies; respecting the commitments made by Syriza to the electors and those made by previous Greek governments to the Troika. On 20 February, the leaders of the Eurogroup believed they had won the game, when Tsipras accepted an agreement of new austerity measures, after he had said that he would honour all the deadlines for payment of the debt to the ECB and to the IMF. Since then, the Greek government has manœuvred through conflicting decisions: the commitments to return to the minimum wage of 750 Euros and the restoration of collective bargaining agreements have been postponed, the privatization of the port of Piraeus continues, but the government has reopened ERT, the Greek public television, whose closure under the Samaras government had symbolized the humiliation imposed by the European banks and the EU. And in March, the Parliament passed a law against the humanitarian crisis and another on the arrears of tax payments. But, in the face of the increasing arrogance of the European leaders, and taking into account popular pressure and the resistance of the deputies and members of Syriza, Tsipras has not accepted the demands of the Troika, notably a cut in pensions and increases in VAT.

Finally, no agreement has been signed between the Greek government and its “creditors”. After several abortive negotiations, on 5 June, for the first time, the government refused to honour the payment due of 300 million Euros to the IMF, also threatening to not pay the full amount of the June commitments (1.6 billion). The end of June was fixed as the deadline for both the payment to the IMF and settlement of the last instalment of the “rescue” plan with the payment of 7.2 billion Euros blocked for nine months by the ECB.

Tsipras was finally unable to accept the complete capitulation that Lagarde, Holland, Merkel and Junker wanted to impose on him.

The announcement of the referendum is a slap in the face to the governments and institutions of the European Union. In November 2011, Sarkozy, Merkel and Barroso had vetoed the attempt by George Papandreou, then the Greek prime minister, to organize a referendum to try to obtain political support for his capitulation to the demands of the EU. Today, the European leaders have no way of preventing a democratic consultation which must conclude with a rejection of the new dictates of the Troika.

In Greece and in Europe, the political forces of the neoliberal left and right will combine their forces to ensure that this referendum does not open a new political course in Greece. The Greek government was ready for new compromises to avoid defaulting on payment and rupture. Above all, the Troika wanted that the agreement should have the political meaning of a capitulation of Greece before its creditors. The dynamics of the coming days may open another road, a break with the requirements of the Troika, a stop to payment of the debt, radical commitment to an alternative policy, an application of the programme through which Syriza a has been a majority. But this will require a broad unitive mobilization of forces of the Greek workers’ movement to quickly block the attempts at sabotage that have already begun. The pressure on the government and the Greek banking system will accentuate on the eve of the referendum. Already, in the last few days, the Director of the Central Bank of Greece, a former minister under Samaras, has released an alarmist report with the sole purpose of increasing capital flight from Greek banks, although between November 2014 and March 2015, more than 30 billion Euros had already been withdrawn and the amount of private investment of big Greek fortunes abroad is now estimated at more than 400 billion. Although it still does not speak of nationalization of the banking system, the government has just instituted capital controls.

The Truth Committee on the Public Debt, mandated by Parliament, reported on 18 June, proving the illegitimate and odious nature of this impossible debt, showing that less than 10% of the “rescue” loans went to current expenditure and that most of it helped the German and French banks to disengage from their credits contracted in previous years. [1] As a result of this report, 49 members of Syriza voted for a parliamentary debate in order to obtain the repudiation of the greater share of this odious and illegitimate debt. [2]

The challenge for the coming days is crucial for the Greek people, and for all those who in Europe who suffer austerity.

We must build a Europe-wide solidarity front with the Greek people. All our blows should be aimed against the leaders of the European Union and its governments who, with an acute sense of the interests of the capitalists, fear that the Greek people will on 5 July express a rejection of their policies of contempt and austerity that will be an example to the working class throughout the European Union. They also fear that this context will result in renewed popular mobilization in Greece, making it even more difficult for manœuvres resulting in either a throttling of the Tsipras government or its overthrow. Just like the recent success of Podemos in the Spanish state with the election of anti-austerity mayors in several of the major cities of the country, the Greek situation shows that social frustration in Europe can find a different political response to the despicable xenophobic and fascistic solutions of the extreme right.