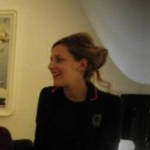 Debt cancellation is an idea that is more and more often heard and discussed within the EU. We can thank for that SYRIZA and the Tsipras government in Greece that call for public debt cancellation. As noted by American anthropologist David Graeber it has been a current practice throughout history to make it possible to survive debt crises.

The debate about debt cancellation also takes place in Slovenia, though not focusing on the public debt but a household debt cancellation. The initiative is promoted by the newly elected left party the United Left, an opposition political party. It proposes a bill to write off the debts of the poorest households. The idea to help the poorest makes sense from an economic, political and social point of view as was argued by Slovenian economist Bogomir Kovač at the national television’s news. Moreover, I am sure that it would help them to breathe more lightly for some time, but only to a certain extent.

The problem of indebted households in Slovenia is real and cannot be denied. According to the study of housing costs done by the Statistical Office of the Republic of Slovenia in 2014 housing costs represent a heavy burden for 37% of households and a medium-sized burden for 52% of households. In addition, the study showed that 19% of households have missed the payment of housing costs due to financial distress and that financial distress resulted in at least one late rent payment for 24% households living in rented apartments. Therefore, a single debt cancellation would help beneficiaries, but it should not be an isolated action in improving the social situation, which is systemic.

In this respect, the main concern is about how the applicant wants to implement and to carry out the idea. Considering the argumentation used it seems that the proposal is not being well thought through, it relies on appealing phrases and positive media presentation, it addresses the emotions. Therefore, it can be understood as political populism this time coming from the United Left. Moreover, it is also surprising that the petitioner refers to practices of foreign governments like Macedonia, Hungary and Croatia that do not hide their neoliberal tendencies even though the United Left itself has been campaigning publicly against neoliberal practices. In the context of the current political populism it is clear that the newly elected left party wants to gain more political points and tries to overshadow the old political elite that are also preparing a similar proposal.

In addition, the proposal is based on non-argumentative generalization and does not seem to rest on any serious research. Therefore, it does not really address the issue of poverty or inequality. Moreover, it does not address the issue of debt systematically and sustainably. Proposal for Debt cancellation for the poorest is based on a single write off. Even though the United Left’s program calls for systemic changes, it appears that they are ready to comply with a political culture they used to fight.

The initiative of writing off the debt for the poorest offers legal possibility for a single voluntary debt cancellation to the sum of 1,500 euros. Thus, it is argued that the issue is not just its short term effect, but also its voluntary nature and its suggested (and unaccounted) limit of 1,500 euros.

In the presented case the creditors are legal entities that are aiming at financial efficiency. It can be assumed because of the voluntary nature of the proposal that these legal entities will use the legal possibility only when debt cancellation will benefit them financially or in any other term. In this context, the proposal anticipates that participating legal entities will benefit from tax relief in the form of tax deductible expense. It is therefore argued that the proposal does not put the potential beneficiaries of the welfare of the debt cancellation in the forefront, but actually the legal entities. So the problem is not to whom the debt will be written off, but how the idea is presented – help the poorest and the fact that the aid will be handed out on a voluntary basis by legal entities, which operate like any other market-oriented entities – with an eye on their profits.

In the framework of debt cancellation the key, regardless of whether we talk about indebted households or public debt, is not the welfare of the creditor, but of the debtor.