Iraq/Syria: Da'esh [Islamic State] - Golem is turning against its creator 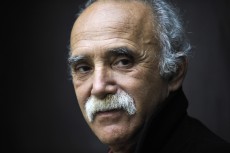 The United States is once more experiencing the reality of this old Jewish saying. Supporting the most fundamentalist Muslims in Afghanistan in the hope of putting and end to Soviet influence, finding itself a few years later confronted with a total war against al-Qaida and its cloudy international, and whose result will be far from being a victory. In the background is the, always mistaken, idea that the enemies of my enemies are my friends. Back in the 1930s, the "democratic" countries thought that Hitler could be an ally against the communist danger. We know what happened then...

The State of Israel has also played this game, encouraging in the 1980s the growth of the Hamas Islamists against the nationalists of the PLO. We know what happened then as well. Today it is with Da'esh (IS, ISIS or ISIL) that the USA and their allies are having the same experience: this by-product of al-Qaida has taken on an importance which has surprised the Pentagon strategists and CIA experts, and is threatening to destroy the architecture of the Middle-East, put in place almost a century ago, by Messrs Sykes and Picot, at the time when the Ottoman Empire had become the "sick man of Europe".

It is important to underline that it as Saudi Arabia, great ally of the United States in the Middle East, that created al-Qaida – and thus, indirectly, Da'esh – in its war against increasing Iranian influence in the Middle-East. Its radically fundamentalist Wahhabist Islam was the ideological school of this movement. The Golem has now turned against its creators.

Recently on the far left in Europe, I have heard expressions of support for Da'esh. There again, the enemy of my enemy (USA) supposedly would be my ally. A serious mistake: there is nothing progressive in Da'esh, even when they are fighting against the United States and their allies. It is a barbarian invasion that not only sows death and the destruction, but commits itself publicly and openly to imposing an Islamic regime, in its most rigorous interpretation, with all that that implies in terms of public freedoms, women's rights and non-observance of the rights of minorities.

Political combat is not a football game, where one must support a team because one does not like the other one. There are cases where we are facing two plagues, of which neither is better than the other.

The United States stop carrying out their dirty wars in the Middle East, the international community stops being an accessory to Israel's colonial policy, and Da'esh will lose the popular support it has in certain layers of the Muslim world. It is as simple as that .