Climate Convergence Moves Us Forward, but Challenges Us to Create a Strategy 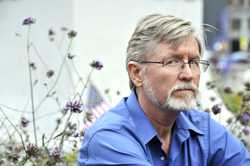 The Global Climate Convergence [1] with its more than one hundred workshops, its large plenary sessions, and its miles-long mass march of more than 300,000 people, the largest climate protest in American history, represents a turning point for the environmental movement. The gigantic and passionate parade of indigenous people, ethnic groups of all sorts from everywhere in the country, students by the tens of thousands, neighborhood organizations by the dozen, several major national labor unions, and every conceivable sort of ecological cause tramping through New York City carrying huge banners and giant puppets, striding and dancing to the tunes of 29 marching bands, put the issue of the environment and climate change on the national agenda as never before. The national climate movement has arrived—now what will it do?

The Convergence march was as broad politically as it was long. In the march were U.N. Secretary General Ban Ki-moon, former Vice-President Al Gore, and New York Mayor Bill de Blasio, New York State legislators and several New York City council members, their presence signifying that climate change had gone main stream.
At the same time, bringing up the rear were those of us in the anti-capitalist contingent of a few thousand socialists, anarchists, and others who know capitalism is the cause of the problem and believe in a democratic socialist society, even if we don’t know or agree about what to put in its place. And who can blame us, for it’s not clear how we get from here to the new democratic, egalitarian, socially just and environmentally sound society that we know we need. Most folks were marching in the middle somewhere, not trusting the corporations, dubious about government, wanting to get rid of fossil fuels but without a clear political vision of where we’re going. That is perhaps the biggest thing missing from the movement right now, a unifying strategy for the majority if not a strategy for all.
A remarkable humanitarian and internationalist spirit pervaded the march. I saw the flags of many nations carried by individuals or small groups from as far away as Australia. There were immigrants to America from all over the world who retain their connection with the pre-capitalist traditions of their homeland, like those carrying the banner reading “Pachamama,” the earth mother worshipped in Peru since ancient times. There were signs reading “One Planet,” “One Future,” and “We Are All in this Together.” People marched to save their local park, river, or lake, but they also marched to “Save the Planet,” as many signs said, and to save us all.
Such universalist idealism was moving even if it tended to obscure for the moment the fact that though “we are all in this together” even those marching are not all on the same side. The profound division of capitalist society into those who have capital and those who have only their labor, between those who rule and those who are ruled over remains even in the era of climate change. Ban Ki-moon, President Obama, Al Gore, the U.S. Congress, other governments around the world, and the corporate executives may fear climate change, but they do not want the world of climate justice for all that we want. The reality is that what will be done to save all of us will have to be done by most of us against those whose few of us whose commitment to their money, their power, and their capitalist economic system stands in our way. So what strategy do we put forward?
How do we move those who are anti-corporate to becoming anti-capitalist? And how do we move the anti-capitalists to become socialists? In America with its dominant conservative ideology and political system, with its culture of acquisitive individualism, and its historic antipathy towards socialism going back to the red scares of the 1920s and the 1950s this has always been the problem, figuring out how to get people to move from a posture advocating liberal reform to a position calling for radical transformation of the system. The only way is to educate ourselves collectively as a movement through actions at all levels that confront the power and over time reveal, through discussion, debate, and struggle the superiority of democracy and make obvious the right of the majority of people to control their own fate not only politically, but economically and in terms of climate.
The strategic elements of movements around the world that in the past won limited reforms and in some other countries won significant social change for some extended period of time have been three:
• First, a conscious mass movement, inspired by its vision of greater justice, that mobilizes to confront the powers-that-be: the corporations, the military, the political parties, and the government, a movement which is not afraid to use its economic and social power to profoundly disrupt the system through demonstrations, strikes, and civil disobedience.
• Second, the construction out of that movement of an independent political force, outside of the existing capitalist parties, a political power that fights in the electoral and legislative arena to change the laws so that they represent not the wealthy and the corporations, but the people.
• Third, a revolutionary theory, strategy, and organization that arising out of the social and political movement is prepared with the support of the majority to take power and reorganize society along new lines based on the needs of all, not the needs of the few. In American history, we should note, we have seldom gotten beyond the first stage, and around the world today, the struggle at all levels is uneven.
We have no choice but to try. We have everything to lose, above all our planet earth, and we have a world to win.