Why I'm on the brink of burning my Israeli passport – "I know what it is to have been helpless victims, living and dying under racist oppressors' boots" 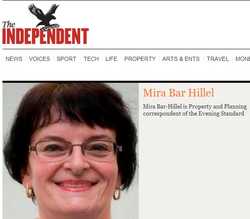 She is young. She is pretty. She is a university graduate and a computer engineer. She is also an Israeli Parliamentarian - and the reason why I am on the brink of burning my Israeli passport. Because behind that wide-eyed innocent face lurks the Angel of Death.

Ayelet Shaked represents the far-right Jewish Home party in the Knesset. This means she is well to the right of Benyamin Netanyahu, just in case you thought such a thing was not possible.

On Monday she quoted this on her Facebook page: "Behind every terrorist stand dozens of men and women, without whom he could not engage in terrorism. They are all enemy combatants, and their blood shall be on all their heads. Now this also includes the mothers of the martyrs, who send them to hell with flowers and kisses. They should follow their sons, nothing would be more just. They should go, as should the physical homes in which they raised the snakes. Otherwise, more little snakes will be raised there."

So even before the boy died horribly she declared him to be the enemy, and afterwards, without any apparent hint of guilt or remorse, she was calling for the deaths of innocent women and their unborn babies. 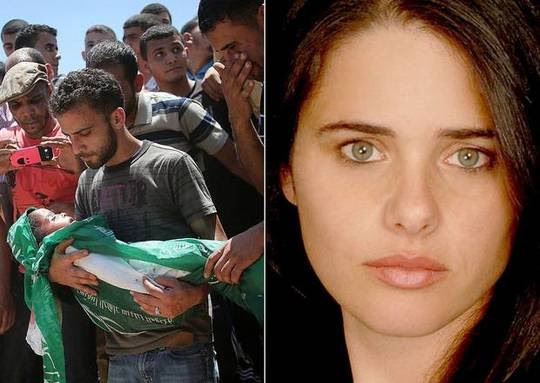 She made me think about my mother's sister Klara and her three small children who were living in Krakow in 1939 when the Germans invaded. They decided that the Jews – all Jews – were the enemy and had to be eliminated, not least the women and the little snakes they were raising. "Why? Ask them – they started it", as the Nazis would say if asked.

I never met Klara or her children who had perished by 1942. I did meet my uncle Romek, who survived by working in Oskar Schindler's factory, and his wife Yetti who survived because she spoke good German and was able to pretend she was a fine German woman who had kicked out her Polish Jewish husband, as she smiled prettily at every Nazi she came across.

My father's brother Shmuel and his young family also perished before I was born, taken in Holland, to where they had escaped from Berlin, to the same camp Anne Frank died in.

I know what it is to have been helpless victims, living and dying under racist oppressors' boots, and I know that today's Israelis are no longer the victims but the perpetrators of the current crisis. Yes, Hamas are dreadful hate-filled killers and woe betide Israel had they had the wherewithal to carry out their intentions. But the fact remains that it is Israel which has the tanks, bombers, artillery, nuclear warheads and missile defences of Goliath, while ordinary Gazans had nothing a week ago and even less today, as even hospitals and schools were bombed.

Shaked got what she wanted: the death toll in Gaza is nearing 100, one in four being children. Hundreds more have serious injuries in a place where hospitals have also been bombed and medical essentials are running out.

In Israel, in spite of Hamas's best efforts, not one death has been recorded, nor any serious injuries, although a wedding party was disrupted and got on the television news.

And, as the bombs rain on Gaza, Israeli teens have taken to tweeting scantily-clad selfies alongside their political sentiments. In two now deleted tweets, one wrote "Death to all of you Arabs you transfag", while another proclaimed "Arabs may you be paralyzed & die with great suffering!" Another teen simply tweeted "Death to these f****** Arabs", and attached a photo of themselves pouting alongside it.

Seeing these angelic faces of evil spouting such genocidal rhetoric, I pick up my Israeli passport and a box of matches. "Not in my name, people. Not in my name!"