Greece is heading for hell, thanks to the EU’s botched handling of the crisis 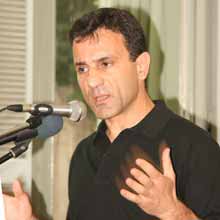 We now have a debt structure that will lead to ructions between the EU, the IMF and a Greece asked to consent to suicide

Is the eurozone crisis ending with a whimper? This view is currently gaining ground for several reasons. First, the European Central Bank has buoyed banks by supplying €1tn-worth of liquidity since last December. Second, Greek debt has been restructured, a new bailout has been agreed, and a chaotic default averted. More broadly, new rules of fiscal discipline have been agreed to keep feckless peripheral countries in check.

The response from financial markets has been positive. Interest-rate spreads on Italian and Spanish bonds have declined precipitously; stock markets have been rising, including in New York; even some Greek bonds have been upgraded by the much maligned ratings agencies.

Unfortunately, the reality is a bit more complicated. Take the restructuring of Greek debt. When the crisis burst out in 2010, Greece had €300bn of debt, held overwhelmingly by private creditors and governed by Greek law. It would have been a painful but fairly straightforward exercise to default, putting the country back on its feet. Instead, the EU advanced expensive bailout loans, imposed ferocious austerity, and created the worst depression in Greek history. The result was that by early 2012 Greek debt had risen to €370bn. Of that, however, only about €200bn remained in private hands. In less than two years, the EU had saddled Greece with a massive official debt, much of which had been used to retire old debt, allowing large private creditors to exit without losses.

Restructuring in March extricated the remaining large private creditors with as little damage as possible. Lenders surrendered existing bonds of poor quality receiving new bonds with a lower value, plus a significant amount of cash. Since large foreign banks had already written off great volumes of Greek bonds, they were not hit particularly hard. Greek banks faced major losses, but the Greek state has generously agreed to borrow €50bn to recapitalise them. The real damage was inflicted on pension funds and small bondholders, particularly in Greece where the losses have been devastating.

If fresh borrowing by the Greek state to finance the deal is taken into account, the actual reduction of Greek debt in 2012 will be less than 10%. Even worse, Greek debt will become largely official and governed by British law. More than €40bn will be owed to the IMF, which has absolute seniority in repayment.

EU policy has thus succeeded in transforming a debt problem between a state and its private lenders into a debt problem among states and bilateral organisations. When restructuring raises its head again, there will be major ructions between Greece, the EU and the IMF. Ireland and Portugal, both of which will almost certainly need to restructure debt in the future, would do well to avoid the Greek path of switching official and private debt.

And there are still more lessons from the unfolding Greek disaster for the eurozone periphery. The new bailout programme promises growth by crushing wages and liberalising the economy. Yet, as long as Germany continues to keep its own wages stagnant, no country in the eurozone can significantly gain competitiveness by reducing wages. As for liberalisation, it might have been more persuasive if it was actually applied to the monopolistic structures that keep the prices of food and other goods high in Greece. Instead, the plan is to liberalise the operations of doctors, surveyors, petrol stations, tourist guides and hairdressers.

Greece is heading for stagnation, but even that will look desirable compared with the hell the country will face in 2012-13. Amid an unprecedented depression, the government is aiming for large primary budget surpluses, and there will be substantial cuts in investment and consumption. The prospects for economy and society are catastrophic.

It is hard to believe the Greek people will consent to national suicide, whatever might be the obsessions of the Greek elite. The trouble is, however, most sensible options to deal with the Greek crisis have gradually been blocked during the last two years. The path increasingly left to the country is that of social upheaval leading to default and exit from the eurozone. This would inevitably bring political unrest to both Greece and Europe.

The EU has refused to deal with the eurozone crisis through radical measures such as debt cancellation and wholesale reorganisation of the monetary union. Instead it has mollycoddled the banks and imposed harsh austerity. The crisis is thus entering a more complex and dangerous phase that will again play out in Greece in the first instance.