Series : The banks and the “too big to jail” doctrine (part 5)

The extremely tolerant approach to the manipulation of interest rates by the governments of the main industrialised countries shows the extent to which the ’Too Big to Jail’ principle is applied. In 2010 the media revealed that a group of eighteen banks had been manipulating the London Interbank Offered Rate (LIBOR) from 2005 to 2010. LIBOR is a benchmark rate used for a market of $350 trillion, in assets and financial derivatives, which means it is the second most important benchmark rate in the world after the dollar exchange rate. The rate is based on information provided by eighteen banks about their funding costs in interbank markets. In 2012 evidence was provided of collusion among big banks such as UBS, Barclays, Rabobank, or Royal Bank of Scotland in order to manipulate LIBOR in their own interests.

Although steps were taken by oversight authorities all over the globe (US, UK, EU, Canada, Japan, Australia, Hong Kong), so far no penal prosecution against the banks has been filed and the fines have been ludicrously small compared with the amounts at stake |1|. Roughly, they reach a total of less than $10 billion and each banks’ share is minimal compared with the damage caused. The scandal resulted in the resignation of several bank CEOs, as was the case with Barclays (2nd British bank) and Rabobank (2nd Dutch bank), in the layoff of dozens of traders but significantly no banks lost the right to continue operating on the markets they conspired to rig, no CEO was jailed. 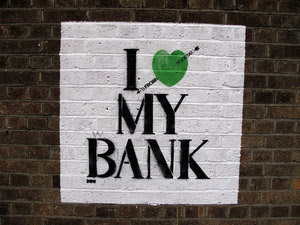 While the banks acknowledged the charge of manipulation and accepted the fines imposed by British law, US law responded with outrageous levity. On 29 March 2013 Naomi Buchwald, judge for the New York District, exempted the involved banks of any legal responsibility towards individuals or institutions that had suffered from the manipulation of the LIBOR |2|. So as to protect banks from any sueing on the ground of collusion and monopolistic practices she argued that laws on competition do not apply to the LIBOR rate, so banks can agree on rates without violating the US antitrust laws. Since rates on the swaps and CDS markets are established in the same way – through averaging rates sent to participants, such a decision creates a dangerous precedent which opens the door to blatant manipulation by major financial institutions of key rates ruling global financial markets. In the US the LIBOR scandal went through a new development in March 2014 when the US Federal Deposit Insurance Corporation (FDIC) filed a law suit against over a dozen major banks (JP Morgan, Citigroup, Bank of America, UBS, Credit Suisse, HSBC, Royal Bank of Scotland, Lloyds, Barclays, Société Générale, Deutsche Bank, Royal Bank of Canada, Bank of Tokyo-Mitsubishi UFJ,...) |3|. We shall see whether the case will also be dismissed or result in a fine without penal consequences. 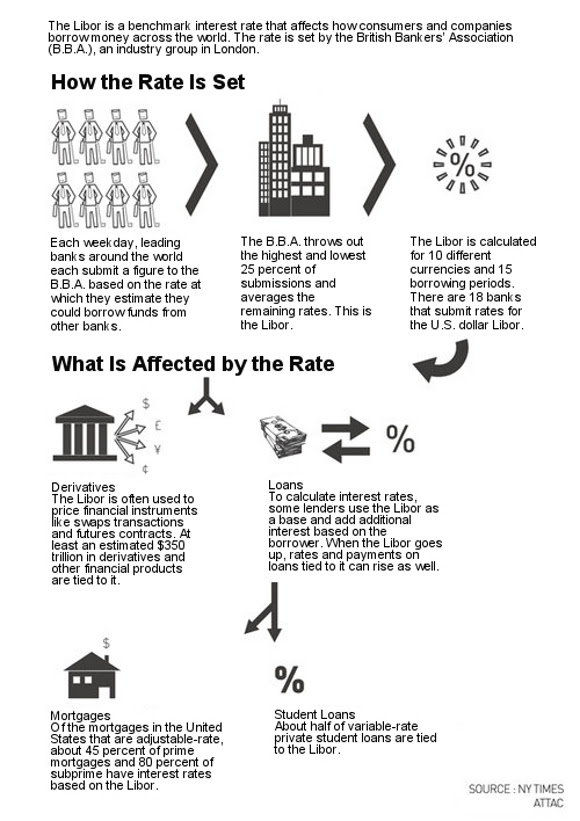 Moreover since the accused banks agreed on paying a fine, the amount was reduced by ten per cent. The fined banks were JP Morgan and Citigroup (1st and 3rd US banks), Deutsche Bank (1st German bank), Société Générale (3rd French bank), Royal Bank of Scotland (3rd British bank), and RP Martin. In return for informing on their colleagues , two banks, namely UBS (1st Swiss bank) and Barclays (2nd British bank), were exempted from paying the fine.

To sum up, we are back to medieval indulgences: ’Pay to redeem your sins and you can stay in the paradise of finance. Abjure your trespassings and snitch on the other thieves, then you can go without paying the indulgences, I mean the fines.’
In Australia the government went even further into the farcical: they scolded BNP Paribas for “potential misconduct’”(sic!) relating to Australian interbank interest rates between 2007 and 2010. BNP Paribas laid off traders and promised AUD 1 million to promote financial literature |5|. What a joke!

Conclusion : We have to put a stop to unregulated markets, and prohibit speculation and derivatives. Banks must cover risks related to interest rates with standard underwriting practices.

|3| AFP, “Le scandale du Libor rebondit aux Etats-Unis (The LIBOR scandal rebounds in the US)”, 14 March 2014, http://www.rtbf.be/info/economie/detail_le-scandale-du-libor-rebondit-aux-etats-unis?id=8222868 (All sources in French only)

Eric Toussaint, is a historian and political scientist who completed his Ph.D. at the universities of Paris VIII and Liège. He is the President of CADTM Belgium (www.cadtm.org), and sits on the Scientific Council of ATTAC France. He is the co-author, with Damien Millet of Debt, the IMF, and the World Bank: Sixty Questions, Sixty Answers, Monthly Review Books, New York, 2010. He is the author of many essays including one on Jacques de Groote entitled Procès d’un homme exemplaire (The Trial of an Exemplary Man), Al Dante, Marseille, 2013, and wrote with Damien Millet, AAA. Audit Annulation Autre politique (Audit, Abolition, Alternative Politics), Le Seuil, Paris, 2012. See his Series "Banks versus the People: the Underside of a Rigged Game!" http://cadtm.org/Banks-Fudged-health-report