HSBC: the bank with a shameful past and scandalous present

Series : The banks and the “too big to jail” doctrine (part 4) 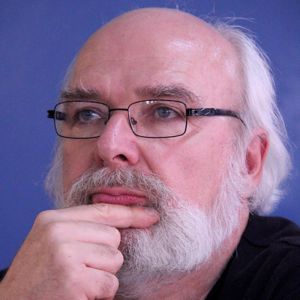 The British bank HSBC (Hong Kong and Shanghai Banking Corporation) employs 260,000 people, has offices in 75 countries, and 54 million customers. |1| From its earliest days, it has been involved in the international narcotics trade. It was founded in the wake of the British victories in the Opium Wars (1839-1842 and 1856-1860) against China. These two wars were very important to the strengthening of the British Empire and the century and a half waning of China. Through the Opium Wars, the British Empire forced China to accept opium importations coming from British India. China tried to oppose this commerce, but British arms, backed by Washington, proved stronger. London established a colony in Hong Kong in 1865, where HSBC was created by a Scottish merchant specializing in the opium trade— the basis of 70% of Hong Kong trade with the Indies.

As of this time, the history of the bank has been closely related to the interests of British foreign policy and ruling classes in Asia. After 1949 and the victory of Mao’s revolution in China, HSBC retreated to Honk Kong, which remained a British colony. Between 1980 and 1997, it developed its US and European activities, and moved its headquarters to London in 1993 in anticipation of the transfer of Hong Kong sovereignty back to China in 1997. HSBC remains indispensable to Hong Kong finance, still issuing 70% of Hong Kong dollars. Hong Kong is now one of the key links in the money laundering operations set up by the new Chinese ruling classes.

HSBC involved in other financial crimes

In addition to laundering money from drugs and terrorism, |2| HSBC has been incriminated in other affairs. It manipulated exchange markets (revealed in 2013, concerning a market of $5.3 trillion per day), |3| and rigged the LIBOR interbank interest rate. |4| It was also involved in the abusive and fraudulent sale of interest rate derivatives, and the abusive and fraudulent sale of insurance products to the British public and small companies (the Financial Services Authority prosecuted HSBC for having sold policies that were of little or no value). |5| Finally, it sold Mortgage Backed Securities abusively in the US, rigged gold and silver prices (revealed in Jan. Feb. 2014) |6|, and assisted major tax evaders (see below).

Hervé Falciani is a Franco-Italian, who worked at HSBC as a systems engineer between 2006 and 2008 in Geneva. Before leaving, and moving to France, he copied 127, 000 documents that actively linked HSBC to massive fraud and tax evasion operations. Switzerland issued, through Interpol, an International Arrest Warrant for data theft, banking and commercial secrecy violations, and industrial espionage. Switzerland has not prosecuted HSBC.

In early 2009, French police searched his home in Nice, where they seized explosive documents naming thousands of tax evaders, 8231 French, 800 Belgians, more than 600 Spaniards, about 2000 Greeks were on the famous “Lagarde list” that the IMF director gave to Greek authorities in 2010, as well as many Germans, Italians, and Americans.

Hervé Falciani then worked with authorities from Paris, Washington, and other countries to which he gave information that helped advance the investigations concerning HSBC’s laundering of money from Mexican and Columbian drug cartels. During a visit to Spain in 2012, to assist Spanish authorities, he was arrested under the Interpol warrant and Switzerland requested his extradition. Spain rejected this request, because he was a principal witness in several big affairs of fraud and tax evasion. |7| The information provided by Falciani permitted Spanish authorities to discover about €2 billion deposited in Swiss accounts by the family of Emilio Botin, President of Santander Bank, who paid a €200 million fine. The scandal of the fraudulent financing of Mariano Rajoy’s Popular Party was also brought to light. |8| Belgian and French authorities met Falciani and used the information obtained to conduct investigations on tax evasion. It is not at all certain they will result in condemnations, it is more likely that out of court settlements will let the fraudsters off the hook.

Not only Switzerland wants to have whistle-blowers arrested, Greece has also prosecuted the editor of the magazine Hot Doc, Kostas Vaxevanis, for having dared to publish, in October 2012 the Lagarde-HSBC-Falciani list that the Greek authorities had somehow misplaced. He was finally acquitted due to public and international pressure. It is not easy to accuse a bank and the rich fraudsters it protects, nor to denounce the rich fraudsters who protect their sacred banks and banking secrecy.

There is true symbiosis between big banks and the ruling classes, just as there are permanent links between politicians and big business, particularly in finance.

HSBC finds a loophole in a European Union Directive

In 2013, the EU announced that it was capping bank bonuses for directors and traders at twice their fixed salary. A salary of €1.5 million would limit the bonus to €3 million, which amounts to total annual income of €4.5 million. To get around this measure, HSBC simply increased the fixed salary to maintain the level of bonuses. |9|

The HSBC group should be shut down, its directors dismissed without indemnities, and along with the major shareholders, they should answer for their crimes before the courts and be severely condemned to periods of loss of liberty and of community service. HSBC should be split into smaller units under public control with a strictly defined public service objective.

|2| Eric Toussaint, Bank abuses in the real estate sector and illegal foreclosures in the United States, published 28 May 2014, http://cadtm.org/Bank-abuses-in-the-real-estate

Eric Toussaint, is a historian and political scientist who completed his Ph.D. at the universities of Paris VIII and Liège. He is the President of CADTM Belgium (www.cadtm.org), and sits on the Scientific Council of ATTAC France. He is the co-author, with Damien Millet of Debt, the IMF, and the World Bank: Sixty Questions, Sixty Answers, Monthly Review Books, New York, 2010. He is the author of many essays including one on Jacques de Groote entitled Procès d’un homme exemplaire (The Trial of an Exemplary Man), Al Dante, Marseille, 2013, and wrote with Damien Millet, AAA. Audit Annulation Autre politique (Audit, Abolition, Alternative Politics), Le Seuil, Paris, 2012. See his Series "Banks versus the People: the Underside of a Rigged Game!" http://cadtm.org/Banks-Fudged-health-report