Three years of indignation in the Spanish State 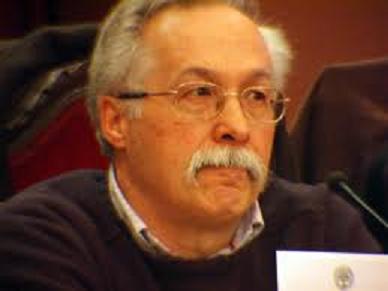 As we celebrate the third anniversary of 15M in different forums of reflection it has been possible to remember the events that gave rise to a new cycle of protests and with them to an "expansion of the field of the possible", recreating a broad and plural public space for political action other than the institutional sort. Thus was generated a broad relation of initiatives, arising in an increasing symbiosis between social networks, the plazas and the streets of so many places, with greater or lesser fortune, but all of them bringing to light the fact that something was changing in the landscape and the political climate, in contrast to the Newspeak of a regime bent on continuing installing in the minds of people the culture of cynicism, fear and resignation.

Slogans like "we are not the commodities of politicians and bankers", "it's not a crisis, it's a swindle", "they do not represent us", "real democracy now", are only a few examples of the new emergent discourse that arose from opposition to the political culture of the "Transition", of the regime of 78 and the "corrupt political class". A denunciation that was accompanied by actions, by the demonstration that "another politics and another form of doing it are possible", although it was the latter that gave greater legitimacy to the movement : the practice of an inclusive assembly based democracy without leaderships, as well as of a repertory of forms of action which was diverse, innovating, nonviolent and simultaneously disruptive. All this from a vindication of its autonomy against old and new political, trade union and social organizations, with a controversial "innovatory" aspect but with a healthy will to "reinitiate" the construction of new collective subjects.

Since then, an intense cycle of mobilizations has started, with times of ebb tide, but with an increasing confidence that "yes, it is possible" to fight against the financial coup d'état implemented under the pretext of "the crisis". As has already been written and recognized from many angles, its perhaps the confluence of 15M activists with the PAH movement of those affected by mortgages which has been until now the best example of shared success, non-substantial at the legal level but excellent at the level of the de-legitimating of the policy of evictions as well as in the legitimating of less common forms of disturbance of "order", like protests.

The Coordinadora 25S (with its initial ascent and later relative decline), the Mareas – la Verde, la Blanca (without a doubt the most relevant and successful in the case of the Community of Madrid), but also, most recently, the Granate of exiled youth ; la Marea Ciudadana, the confluence of different waves and movements (with 23F in 2013 "against cuts and for a true democracy" as a new mobilizing landmark), or the "Fuera Mafia" of October 5, 2013. Along with a multitude of activities of all type, including new laboratories of a "pre-figurative politics" of another possible world, with a sector of social economy, shared in common, of redistribution of cares and increased ecological concern.

Already in the last year, if the organized structure of the Assemblies of 15M has been debilitated in many areas, many of its assemblies, networks, commissions, work groups and mass media (like the newspaper of the 15M assemblies of Madrid [1]) have worked, coordinated themselves and engaged in a cooperative dialogue throughout this time. Yet, it is possible to recognize that the convergence of this movement with the Mareas has not managed to break the institutional blockade of a regime that, with its express counter-reform of article 135 of the Constitution of 78 in August 2011 and, then, the absolute parliamentary majority of the PP in November 2011, has been armouring its shock treatment in the service of the dictatorship of debt. A policy that has gone accompanied by a neo-conservative (anti-abortion law, Wert law and so on), neo-centralist and authoritarian reaffirmation that tries, with old and new forms, to sow fear of protest. In summary, a project of refoundation of the regime within the framework of an EU which is ever more undemocratic and austerity based, thus removing any illusion in its "internal regeneration".

Faced with this "turn" the efforts to give a answer common to the "Troika" (the IMF, EC, ECB) in alliance with compatible networks of Portugal, Greece and Italy, reflected mainly in the action of June 1, 2013 ("Peoples united against the Troika"), did not yield encouraging results. The difficulty of acting on a scale superior to the state one, in spite of the increasing perception that the respective governments, with their "rescues" of the speculators, were at the service of the dictates of the Troika and, therefore, the latter is the "enemy" at whom it would also be necessary to aim, were noted.

In the middle of the reflections on the weaknesses and strengths of that broad space created by 15M, it is not surprising that the debate over the social power that has been created by the new actors, individual and collective, should be accompanied by new political tools that, without trying to "represent" 15M, serve to defy to the government and the bipartisan regime at the institutional and, therefore, electoral, level, has come to the fore. The question is whether intervention in the electoral battles can help progress a process of decomposition of this regime "without being disappointed and becoming denaturalized", as Manuel Sacristán puts it. We are, with the consequent division of opinions, and with initiatives such as Partido X and Podemos, in the European elections facing a first test in responding to that concern to destabilize the present bipartisan system and to give a new breath to the fight for a "real democracy".

Simultaneously, the "contagion effect" continues and 2014 also arrived with the public eruption of the protest from the neighbourhood movement of Gamonal against the city-planning project of the Burgos city council and its final defeat. A result that would not have been possible without the immediate solidarity of many social networks arising from 15M, thus demonstrating they could recover from their apparent lethargy whenever it was necessary. It is possible to hope that this example spreads and there are already clear symptoms of renaissance of a local movement in very different localities, like Alcazar de San Juan - and its referendum against the privatization of water – as a more recent experience. A very hopeful development inasmuch as the protest - and the proposal – has won great social anchorage so that the municipal elections can be contested in more favourable conditions not only to win the city but also to give credibility to the horizon of a constituent rupture.

Meanwhile, from mid 2013 the convocation of the Marches of Dignity undertook intense and extensive work, with the involvement of the Sindicato Andaluz de Trabajadores (SAT) and the Campamentos Dignidad de Extremadura Union, but with the increasing involvement of many organizations and social networks across the state, including the Assemblies of 15M as well as ongoing workers' struggles. Its confluence in Madrid on March 22, 2014 was an undoubted success of participation, unfortunately darkened by the repressive operation triggered by the government that same day. Faced with this police and media boycott, it is necessary to remember that these Marches, with their objectives of "No to the payment of the debt ; Not one cut more ; Down with the governments of the Troika ; Bread, work and a roof for all", have marked a new landmark in the mobilization and in the fixing of common demands that, we hope, have continuity in future initiatives, if possible more unitary, like that called for June 21, 2014.

Another positive aspect of these Marches has been, in contrast to the general experience of 15M, the multinational dimension that they have had by means of the participation of Catalan, Galician and, to a lesser extent, Basque organizations - something not seen since the time of the anti-NATO movement - and the use in their convocation of the different languages of the state. This multinational multi-linguistic aspect from below is made more necessary in the light of the challenge to the state from Catalonia with the announcement of the consultation on November 9, 2014 on its future, including the option of independence. Being able to see this democratic demand as an opportunity and not as a "threat" - to strike together and so weaken the regime, extending the right to decide and the claim of popular sovereignty to other areas such as refusal to pay debt, should also be the task of the indignant "movement of movements".

We are entering a new phase in which we hope to accumulate greater collective strength and demonstrate that, faced with the exhaustion of the dual narrative that has until now supported the dominant power bloc - that of the untouchable regime of the Transition and the so-called "social model" of the EU - it is possible to generate other alternatives here and in Europe.