Eygpt: Debt Swap is not an Alternative to Cancelling Odious Debt 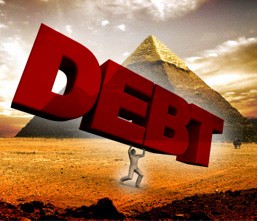 Amidst a general atmosphere of an extreme lack of transparency it has come to our knowledge that Egypt had sealed agreements with three European countries pertaining to the implementation of debt swap programs, and is currently negotiating with two further countries. The countries in question according to informal sources are Germany, France, Italy and Belgium. The Popular Campaign to Drop Egypt’s Debt would like to raise strong concerns regarding the conditions under which these agreement are being negotiated, as well as the practice of debt swap itself under the given circumstances.

In the current phase the campaign opposes in principle dealing with Egypt’s foreign debt through debt swap initiatives, as this diverges from the main aim of auditing previous debt, especially that contracted during the Mubarak dictatorship. And since there is considerable consensus amongst a wide group of Members of the European Parliament to suspend payments and conduct an audit to countries going through democratization processes as, stated in the ACP-EU Joint Parliamentary Assembly Resolution |1|, we would like to elaborate more on our concerns.

Lack of transparency and participation

Undoubtedly, whatever the final political or economic position is of any debt swap agreements, they show from the very beginning a lack of transparency, as is the case with all activities related to borrowing from abroad in specific, and from government finances in general. The degree of secrecy this time has reached the situation where the government made no public statements, nor informed any media outlets about the details of the debt swap agreements. It is through informal connections that the campaign was able to obtain any information whatsoever. If the current government sees some gain in a debt swap, and a sort of external help for Egypt, then it is imperative to disclose the details of these agreements and declare the alleged achievements with civil society and the Egyptian public at large.

Campaign’s position on the procedure of debt swap

Furthermore, aside from the lack of transparency in procedures, and any kind of popular or parliamentary political participation, swapping debt does not represent in any manner an alternative to auditing and cancelling foreign odious debts. The reason is that debt swap is based on one country forfeiting its right to a debt or part of such in return of the indebted government’s vow to direct the amounts to investment projects to be agreed upon with the lending country. However, whereas debt swap achieves initial gains in terms of a) saving the cost of servicing the debt, as well as b) transforming foreign debts to investments, there would be no guarantee that these projects align with indebted states’ plans for development. On the contrary such projects often constitute some sort of constraint or conditionality. In this light, setting the nature and value of the projects and the expected returns is another issue that needs to be investigated, to ensure that debt swap does not further burden the indebted country – Egypt- with more liabilities than those of the original debt. In all cases, the details of the agreement should be disclosed, along with the standards upon which the projects were agreed upon.

Most importantly, debt swap agreements do not represent in any manner an alternative to auditing and dropping foreign debt that are proven to be odious, illegal or illegitimate. This is true in the case where loans are made without true political representation of a population. Furthermore, loans or debt swaps are considered illegitimate or odious when the creditor is aware that the borrowing government is not subject to any real supervision, which would allow for a guarantee of a sound spending of the funds, or that this government is oppressive of its population. Unfortunately, those conditions stated above have manifested during Mubarak’s dictatorship, thus bringing urgent rise to conduct an extensive debt audit of the foreign debt incurred under the Mubarak regime. Therefore, The Popular Campaign to Drop Egypt’s Debts will continue to search and examine the external debt register, although it further demands the disclosure of the details related to debt swap agreements. The members of the campaign are strongly disappointed all reports of the corruption of the Mubarak regime have not translated into an examination of the accumulated external and internal debts during the extended years of his rule. The disregard of such a matter occurred, in spite of the disclosure on the part of official parliamentary or judicial parties of the corruption in the external debt file.

Respect for the sovereignty of the Egyptian people

One aim of this exercise is to send a clear message to future governments, that contracting new debt without transparency and accountability is no longer acceptable. After the Arab Spring, the people demand from both their own government and creditors to respect the fundamental sovereignty of the Egyptian people with regards to economic decision-making.

The campaign believes, that the government’s continuous tendency to swap debts instead of reviewing and abstaining from payment of whatever is proven to be illegal, or odious, is an attempt to avoid the responsibility for past misconduct carry out at in the name of the Egyptian people. This is not unexpected since most members of the current economic decision making team remain in the same positions they held during the previous regime. Furthermore, we find it entirely unacceptable that a ‘transitional’ government is overstepping its jurisdiction and is negotiating agreements with foreign governments, the implications of which determine the economic future of Egypt.

For all the reasons mentioned in this letter we herewith call upon all foreign governments to abstain from negotiating with any unelected transitional government, allow for the auditing of all uni-lateral debt incurred by the Egyptian dictatorship and to ensure all future negotiations are transparent and take place with a legitimate partner that represents the Egyptian population.

Excerpt from our founding statement

2) As a general rule, the campaign disapproves of debt swap mechanisms. Debt swaps create new debt burdens, whose legality and benefit are not checked by the people. In cases where debt swaps are used instead of audit and cancellation, the campaign adopts the following stands:

Debt agreements should be reviewed to determine the legitimacy of the swapped debts. The conditions of debt swap should be discussed in a manner that guarantees integrity and transparency in the decision-making process