The Health of the Populations Battered by Austerity 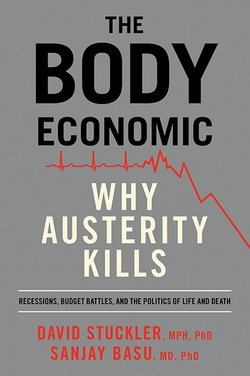 In a recently published book, The Body Economic. Why Austerity Kills, David Stuckler and Sanjay Basu present an enlightening panorama of the consequences for public health, of the austerity based policies applied to the economic crisis. Adapting work they have published in the specialised press they arrive at the conclusion, that austerity not only kills, but it aggravates the economic problems it is supposed to solve.

From serious research in referenced and incontestable sources, often coming from the very institutions or States whose actions they criticise, David Stuckler and Sanjay Basu build up a detailed and precise inventory of the major crises since the 30s: starting with the great depression in the US at that time; the crisis of masculine mortality in Russia after the fall of the communist regime, the breaking up of the Soviet Union and the liberalising of the economy; the Asian crisis in 1997, and finally the Worldwide recession that began in 2007, are the events these researchers have studied.

The great recession of these last years has given the authors the opportunity to study the policies applied by a certain number of States, particularly concerning their attitudes to the banks, who are largely responsible for the crisis, and the results obtained.

Hit by an unprecedented crisis, Iceland chose not to assume their banks’ losses – the population refused this in two referendums – and to reject the austerity plan proposed by the IMF. Instead of bailing-out the banks, Iceland decided to reinforce its social spending in allocating an important part of its GDP. It passed from 42.3% in 2007 to 57.7% in 2008, paying particular attention to the public health and social protection systems so as to assist the population in sustenance, employment and housing. This social policy has prevented the economic crisis from producing a public health crisis. Even the institutions that would be the most hostile to these policies such as notation agencies or the IMF have had to recognise the favourable effects.

Greece on the other hand has not organised a referendum to decide on its policies but has zealously applied austerity plans decided by the Troika (IMF, ECB, and the European Commission). The public health budget has been reduced by 40%, the social services helping the population with sustenance, housing and employment have been drastically diminished, wages and pensions have been cut. The consequences are of the same order: increase in suicides (+ 20% between 2007 and 2009), a 20% increase in the use of heroin between 2010 and 2011, unemployment, especially among the younger has exploded, the number of homeless is in the tens of thousands. For David Stuckler et Sanjay Basu, "Greece’s tragedy has shown that austerity will not save a failing economy. Rather than being part of a solution, it is part of the problem." (p. 93)

The authors also take a look at the reactions to the 2007 crisis in Italy, Spain, Sweden, UK and the USA and show that the same solutions everywhere have the same effects: "We found that those governments pursuing the greatest austerity under pressure from the European Central Bank an International Monetary Fund experienced the most damaging health effects of the housing crisis." (pp. 134-135)

It has been proven that, "every $1 invested in these programs returns $3 back in economic growth" (p. XII), so why do governments stubbornly insist on applying the same policies, in spite of their evident incapacity? Quite simply because “the debate about austerity - a debate that has been shaped far more by ideology than facts." (p. XI). This stands to say, even though the authors do not say it in so many words, austerity policies that threaten social systems that protect the individual, in particularly Social Security, highlight the merciless aggression of capital against the workers.

As David Stuckler et Sanjay Basu say: "Austerity is a choice. And we don’t have to choose it.". (p. 141) According to these authors: "Ultimately austerity has failed because it is unsupported by sound logic or data. It is an economic ideology."

Instead of this, David Stuckler et Sanjay Basu are actively in favour of a "truly democratic option" and call for a “new New Deal” which should be based on three axes: "First, do no harm", "second, help people return to work", "third, invest in public health". They conclude: "Economic growth is a means to an end, not the end in itself." [...] "The ultimate source of any society’s wealth is its people. Investing in their health is a wise choice in the best of time, and an urgent necessity in the worst of times." (p. 145)

The Body Economic. Why Austerity Kills is an important work and its merits must be emphasized. First of all, it puts public health into its sustenance, housing and employment framework and establishes the interactions between these considerations. Then it insists upon the necessity of respecting democratic choices. Finally, more unusual and so more remarkable, this serious and high quality study has permitted an insight so often absent from this kind of work. So not to forget the human aspects that are usually lost in the figures and statistics of impersonal reports the authors have put names and faces to the victims of the crises who have, in a few words, told their stories. Through this book, Olivia, Kieran, Vladimir, Kanya, Dimitris, Diane, Tiziana and Guiseppe, victims of the scandalous politics of austerity that have been established by the Troika, are treated with some dignity and consideration.

This study by David Stuckler and Sanjay Basu should not be considered a simple reportage, as pertinent as this aspect remains. It must be followed up by citizens movements, by political, unionist and associative activists, by their coordinations and by concerned individuals. Today all the 99% must unite their forces to overthrow the murderous system and to permit a solidarity and environmentally respectful social justice to emerge. 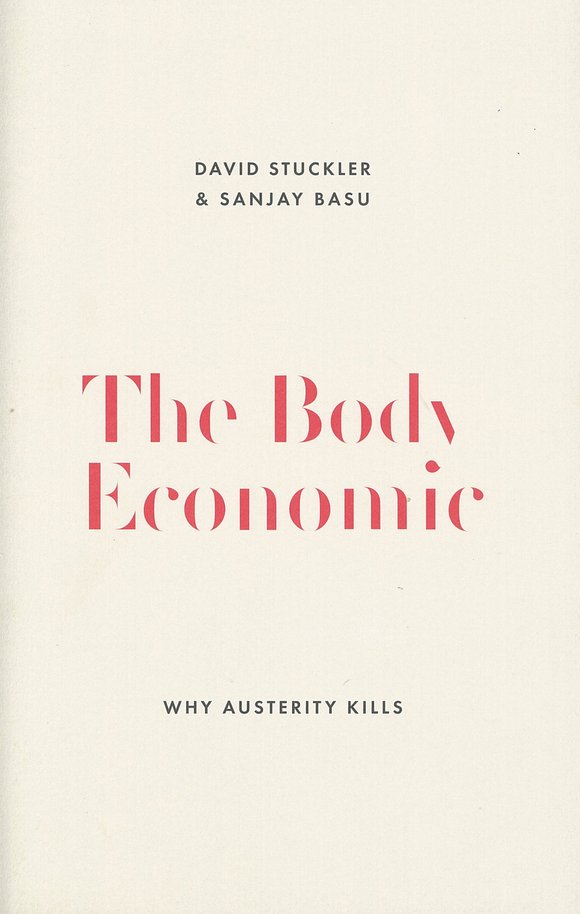