The Age of Austerity

A Review of Public Expenditures and Adjustment Measures in 181 Countries 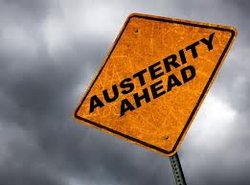 In a first phase of the global economic crisis (2008-09), most governments introduced fiscal stimulus programs and ramped up public spending, as the world was able to coordinate policies. However, premature expenditure contraction became widespread in 2010, which marked the beginning of a second phase of the crisis, despite vulnerable populations’ urgent and significant need of public assistance. In 2013, the scope of public expenditure consolidation is expected to intensify significantly, impacting 119 countries in terms of GDP, and then steadily increase to reach 132 countries in 2015. The latest IMF projections suggest that this trend will continue at least through 2016.

One of the key findings of this analysis is that fiscal contraction is most severe in the developing world. Overall, 68 developing countries are projected to cut public spending by 3.7% of GDP, on average, in the third phase of the crisis (2013-15) compared to 26 high-income countries, which are expected to contract by 2.2% of GDP, on average. Moreover, comparing the 2013-15 and 2005-07 periods suggest that a quarter of countries are undergoing excessive contraction, defined as cutting expenditures below pre-crisis levels. In terms of population, austerity will be affecting 5.8 billion people or 80% of the global population in 2013; this is expected to increase to 6.3 billion or 90% of persons worldwide by 2015.

Regarding austerity measures, a desk review of IMF country reports published since 2010 indicates that governments are weighing various adjustment strategies. These include: (i) elimination or reduction of subsidies, including on fuel, agriculture and food products (in 100 countries); (ii) wage bill cuts/caps, including the salaries of education, health and other public sector workers (in 98 countries); (iii) rationalizing and further targeting of safety nets (in 80 countries); (iv) pension reform (in 86 countries); (v) healthcare reform (in 37 countries); and (vi) labor flexibilization (in 32 countries). Many governments are also considering revenue-side measures that can adversely impact vulnerable populations, mainly through introducing or broadening consumption taxes, such as value added taxes (VATs), on basic products that are disproportionately consumed by poor households (in 94 countries). Contrary to public perception, austerity measures are not limited to Europe; in fact, many of the principal adjustment measures feature most prominently in developing countries.

This paper questions if the projected fiscal contraction trajectory—in terms of timing, scope and magnitude—as well as the specific austerity measures being considered are conducive to socio- economic recovery and the achievement of development goals. The worldwide propensity toward fiscal consolidation can be expected to aggravate the employment crisis and diminish public support at a time when it is most needed. The costs of adjustment are being thrust upon populations who have been relentlessly coping with fewer and lower-paying job opportunities, higher food and fuel costs, and reduced access to essential services since the crisis began. In short, millions of households continue to bear the costs of a “recovery” that has largely excluded them. This paper encourages policymakers to recognize the high human and developmental costs of poorly-designed adjustment strategies and to consider alternative policies that support a recovery for all.

Age of Austerity Ortiz and Cummins

|1| This version of “The Age of Austerity” is an updated version of that published 13th April 2013. By popular demand, the authors have expanded table 1 (indicating the number of countries contracting, by region and income group).