The Labour party has failed us. We need a new party of the left

Britain needs a party that rejects neoliberal policies and improves the lives of ordinary people. Help us create one 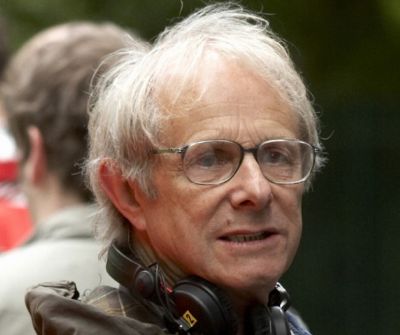 Austerity is wreaking economic catastrophe on Europe, most recently on the people of Cyprus, but George Osborne is still following the same disastrous policies. Last week's budget came as no surprise: Osborne announced yet more spending cuts and extended the public sector's pay rise cap, amounting to a real terms pay cut. He's digging us even further into an economic hole, as the Office for Budget Responsibility's revised output forecast shows – from a predicted 1.2% growth down to 0.6%. That sounds like further decline, not the promised growth, and ordinary people are paying the price. The virulence of the government's economic attacks knows no bounds: Atos, workfare, council tax, the bedroom tax – punitive policies against the most vulnerable in society.

Judged by its own stated goals, government policy isn't working – borrowing will be around £61.5bn higher than planned. Of course the reality is that austerity policies are actually designed to dismantle the welfare state, bring down wages and fully marketise the economy, destroying all the social and economic gains of ordinary people since the second world war. So from the government point of view the policies are working.

Across society, there is an increasing understanding of the government's real agenda and as a result, opposition is mounting and economic alternatives are being discussed. Only last week, the Guardian published a letter from over 60 economists, warning that the worst was yet to come with 80% of the cuts still ahead of us.

Yet while economic alternatives are articulated, where can we turn politically to see these expressed as party policy? Who is on our side, to fight for an alternative? In the past many expected the Labour party to stand for us, and with us, but no longer. Workfare? Last week Labour abstained on the vote and now the government can work over quarter of a million jobseekers. Bedroom tax? Would a Labour government repeal it?

We need policies that reject Tory cuts, regenerate the economy and improve the lives of ordinary people. We are not getting this from Labour. There is no doubt that some of Labour's past achievements have been remarkable – the welfare state, the NHS; a redistributive economy making unprecedented levels of health and education possible. But such achievements are in the past. Now Labour embraces cuts and privatisation and is dismantling its own great work. Labour has failed us. Nothing shows the contrast more clearly than The Spirit of '45.

Labour is not alone in its shift rightwards and its embrace of neoliberal economic policies. Its sister parties across Europe have taken the same path over the past two decades. Yet elsewhere in Europe, new parties and coalitions – such as Syriza in Greece or Die Linke in Germany – have begun to fill the left space, offering an alternative political, social and economic vision. The anomaly which leaves Britain without a left political alternative – one defending the welfare state, investing for jobs, homes and education, transforming our economy – has to end. For this reason we are calling on people to join the discussion on forming a new party of the left – you can find out more about our appeal here. The working class cannot remain without political representation, without defence, when all its victories and advances are being destroyed.