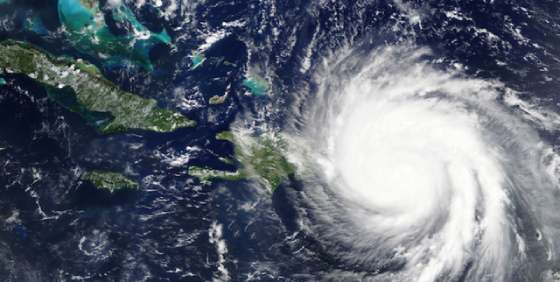 The CADTM supports the following text, which shows the link between debt and climate crises and contributes some relevant ideas on this issue. However, we do not believe that radical changes such as debt cancellations will come from major international financial institutions such as the World Bank and the International Monetary Fund (IMF). The CADTM considers that these necessary changes will come from the people, from social movements, from a citizen public debt audits. Moreover, we do not consider the debt swaps system to be a solution and advocate for debt cancellations combined with reparations paid by former colonizing countries, imperialist ones and creditors for all the damages (including environmental ones) they have been causing in the Global South.

The failure of global decision makers to adequately respond to the economic shock caused by the pandemic has plunged many global south countries further into a debt crisis that has been building for the last decade. Meanwhile, many of the same countries are on the frontline of the climate crisis, experiencing devastation from more frequent climate extreme events like tropical storms and droughts, to rising sea levels and increasing temperatures.

Countries need funds to address the climate crisis now. However, many global south countries are trapped repaying vast sums to their creditors every year, hampering their ability to respond to the mounting impacts and costs of the climate crisis. At the same time, extreme climate events and insufficient grant-based climate finance are forcing indebted countries deeper into debt, keeping many locked in fossil fuel production, as the main source of income to guarantee debt service payment, and creating a vicious cycle that can be impossible to escape. What’s more, climate finance itself continues to push vulnerable countries into debt as over 70% is provided as loans. Countries which have done the least to create the climate crisis are stuck paying the most.

Global south governments, civil society and even key global institutions like the World Bank and IMF have been highlighting the links between debt and the climate crisis, including at COP26, but this has not translated into adequate action by decision makers such as the G7 and G20.

To address the climate crisis, urgent action is needed on the debt crisis in the global south. This includes debt relief and new, additional and adequate grant-based climate finance, in recognition of the climate debt owed to countries in the global south by wealthy polluting nations for their role in creating the climate crisis from colonialism to the present day. This finance is absolutely necessary to support vulnerable countries as they attempt to adapt to the impacts of climate change, address the Loss and Damage arising from such impacts that have gone beyond what can be adapted to, and manage the climate transition.

The provision of climate finance from the global north to countries in the global south lies at the heart of the international cooperation framework for climate action under the UNFCCC and its Paris Agreement, and is enshrined in the principles of common but differentiated responsibility and respective capability (CBDR-RC) within the UNFCCC.

COP27 presents a vital opportunity to continue to raise the importance of the debt issue and its close and direct linkage to the climate crisis, ensuring it is factored into key decisions moving forward and to move decision makers beyond words to action.

While we recognise that the UNFCCC does not have the mandate to manage debt levels or provide debt relief, the UNFCCC does have the ability to ensure that climate finance provided (or not provided) does not force vulnerable countries deeper into debt to ensure the instruments and mechanisms deployed follow climate justice principles and are fit for purpose.

To address the climate and debt crises, wealthy governments such as the G20 and key institutions such as the International Monetary Fund and World Bank urgently need to:

• Provide debt cancellation for all global south countries that need it across all creditors,
including ensuring that private creditors take part, to free up resources for climate action and other national needs, and to insure that countries are not trapped in fossil fuel and other extractive sectors.

• Provide significantly more, better-quality, new and additional climate finance so countries are not forced into more debt to pay for a crisis they did not create, including establishing and delivering on a new climate finance goal as a part of the New Collective Quantified Goal for climate finance, and a Loss and Damage Finance Facility.

You can find the full briefing here.