Trump’s Racism Is Not Blundering — It Is Tactically Deliberate 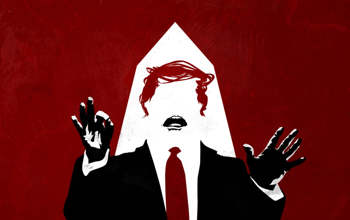 Donald Trump is a giant flapping racist and doesn’t give a single damn if that bothers you. Given this reality, it is important to note that when Trump dispensed with all pretense and held a one-man Sunday morning Klan rally on Twitter, it was not a blunder on his part.

When he dug his heels in on Monday morning and said the women of color he insulted were the ones who owed an apology, it was not an oops.

When asked pointedly by reporters on Monday if he was bothered that white nationalists have been celebrating his outburst, Trump replied, “It doesn’t concern me because many people agree with me. And all I’m saying, they want to leave, they can leave.” It was not a mis-statement.

When Trump’s allies piled on, the purpose of it all became clear. “We all know that AOC and this crowd are a bunch of communists. They hate Israel. They hate our own country,” said Sen. Lindsey Graham on Monday. “They’re anti-Semitic. They’re anti-America.”

It is all just more of the same thing Trump and his people have been doing day in and day out since he denounced Mexicans as murderers and rapists while announcing his desire to become president of the United States.

Remember when Trump pointed out a lone Black man at one of his campaign rallies in 2016 and said, “Oh, look at my African-American over here. Look at him”?

And when he tried to ban Muslims from entering the country?

And his “shithole countries” remark?

And when he said all Haitian immigrants have AIDS?

And when he used the slur “Pocahontas” to describe Sen. Elizabeth Warren during a meeting with Navajo code-talker veterans of World War II?

And when he argued the existence of a moral equivalency between Nazis in Charlottesville — you know, the ones who killed someone with a car — with the people who came out to protest them?

More than four years into the experience, Trump can now pull a stunt that would have obliterated any previous politicians’ career before sundown and get away with it.

Trump’s Sunday tirade fits the pattern he has been unspooling for years. He was deliberately terrible right out of the gate, and has grown incrementally worse with each passing day. None of this is accidental.

More than four years into the experience, Trump can now pull a stunt that would have obliterated any previous politicians’ career before sundown and get away with it, because it’s incrementally more of exactly what he has been doing since he rode that golden escalator into this elongated infamy we now endure.

This is part and parcel of creeping fascism. An instance of horrifying racism becomes merely “expected” from the president, and then he moves on to another one, and then another, and another after that. He and his administration are laboring to normalize the grotesque.

It’s about setting the bar so low it is barely visible: You can’t trip over that bar if it’s a painted line on the ground. That’s what Trump has done, and he has worked every day to do it.

There was a whole kettle of fish in the fryer on Sunday morning. One goal was making sure the white nationalists and white supremacists in the U.S. — his people, beyond all doubt or excuse now — know that he is their people, too. In the dismal tailspin reality of the 21st century, this is called “campaigning.”

Yet another goal was to deliberately inject himself into the intraparty tensions that have been on display between House Speaker Pelosi and her allies, and Rep. Alexandria Ocasio-Cortez and hers. These tensions have been tinged with racial overtones, and it seemed like Trump’s brazen racism served to unite Democrats at a moment when they were in crisis. This would appear on the surface to have been a poorly timed tactical error on Trump’s part.

Look closer, however, and perceive the fascist design within the chaos. Trump and the Republicans intend to campaign in 2020 on a platform of frightening voters into believing socialist immigrant hordes are coming to steal their hamburgers and internal combustion engines, or something. It may sound silly, but it is happening, and it is happening right now. And as it justifies concentration camps and the mass exile of people to their deaths (because for many, that is what deportation means), it is anything but silly — it is lethally serious.

The Democrats are having a healthy and deeply necessary debate on the present and future of the party, and there is a generational/ideological rift on display. By thrusting conservative Democrats together with progressives in unity against him, Trump puts them all into the same rhetorical “socialist” basket, which will help him with a large swath of right-leaning swing voters if he plays his cards right. Sunday’s eruption was one of those cards.

Democrats and the media can shout themselves hoarse. The only people who can deliver actual consequences to Trump are his fellow elected Republicans, and after Sunday all but a tiny smattering of them went as silent and still as field mice when a hawk shadow blots out the sun. Again.

Trump says something monstrous and gets away with it, because showing he can get away with it, setting that nonexistent bar lower and lower, is what he is ultimately after.

“Trump — and many of his supporters and defenders — spew their racism and tell themselves that it is perfectly acceptable when it is read back to them, in much the same way that a dog will eat its own vomit,” writes Charles M. Blow for The New York Times.

In other words, that painted line where the bar used to be is actually a divot in the turf.

Do not forget that Trump’s vividly racist outburst came on the very same day that ICE launched a national deportation sweep.

It came the same morning as Sen. Lindsey Graham telling the Fox Business Network that he would be fine with keeping migrant children caged in concentration camps for 400 days, if not more.

It came just after Trump promised to find a way to work around his failure to get a racist citizenship question added to the census.

It came just after Trump hosted some of the most vile right-wing voices on social media at a White House “summit.”

It came a day before Trump moved to stifle the ability of many Central American migrants to apply for asylum in the U.S.

It was yet another brick piled onto the ever-rising battlement where Donald Trump intends to stand the gaff in his lurch for another four years, and perhaps more. Convincing people it can’t get any worse before deliberately making it worse is Fascism 101, the slow boiling of the frog on the hotplate. Racism is Trump’s weapon of choice in this effort. It will get worse.

William Rivers Pitt is a senior editor and lead columnist at Truthout. He is also a New York Times and internationally bestselling author of three books: War on Iraq: What Team Bush Doesn’t Want You to Know, The Greatest Sedition Is Silence and House of Ill Repute: Reflections on War, Lies, and America’s Ravaged Reputation. His fourth book, The Mass Destruction of Iraq: Why It Is Happening, and Who Is Responsible, co-written with Dahr Jamail, is available now on Amazon. He lives and works in New Hampshire.