Our planet, our lives, and life itself, are worth more than their profits!

by Ecology Commission of the Fourth International 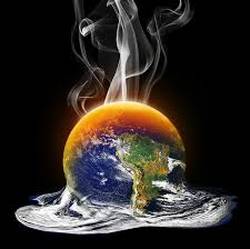 Not surprisingly, the IPCC’s special report on global warming of up to 1.5°C confirms that the impacts of anthropogenic climate change are formidable and have been underestimated, both socially and environmentally.

The 1°C warming we are already experiencing is enough to cause major tragedies: unprecedented heat waves, hurricanes, flooding, glacier and ice-cap dislocation. These give an idea of what awaits us if human warming is not stopped as soon as possible. Disaster is no longer preventable, but it is still possible and necessary to limit it as much as possible.

The report leaves no doubt: a warming of 2°C would have much more serious consequences than the 1.5°C warming included in the Paris Agreement (under pressure from small island states, the least developed countries, scientists and the climate movement). According to recent research, the threshold of a “hothouse planet” could even been triggered at 2°C. Every effort must be made to ensure that this limit of 1.5°C maximum is respected.

The IPCC report estimates that this will be extremely challenging, if not impossible, even with the massive use of "negative emission technologies" (TENs) and geoengineering. [1] The report therefore refers to a scenario of “temporary overshoot”, compensated by a cooling in the second half of the century, thanks to these technologies.

This scenario is very dangerous. Indeed, the situation is so serious that the temporary overshoot could be sufficient to cause large-scale, non-linear and irreversible shifts, such as the sudden break-up of large parts of the ice caps of Greenland and Antarctica, resulting in a rise of several metres in sea level. These shifts could unlock a cascade of feedbacks pushing the system Earth in a runaway climate change. In addition, these sorcerer’s apprentice technologies under consideration are hypothetical and their effects, could be very negative.

“Every tonne of CO2 not emitted counts,” the scientists say. Every tonne counts, indeed. Saving the climate requires that all fossil fuel use be stopped as soon as possible and completely. Why then do experts not count emissions from the production and consumption of useless or harmful things - such as weapons - or ridiculous international transport of goods that only serve to maximize the profits of multinationals?

As an immediate measure to reduce the emissions from international transport there should be an ever-increasing tax on fossil fuel used by international shipping and transportation. The tax revenue should be redistributed to the Global South via the Green Climate Fund.

Fundamentally, a strategy seriously aiming at not exceeding 1.5°C requires eliminating unnecessary or harmful production as a priority and abandoning agribusiness in favour of local agro-ecology (which can fix huge amounts of carbon while providing good food to everybody). But this means breaking with the capitalist law of profit. The problem is this law is at the very heart the scenarios of societal evolution that serve as the basis for the projections. The IPCC’s fifth report states it in black and white: “The models assume fully functioning markets and competitive market behaviour.” 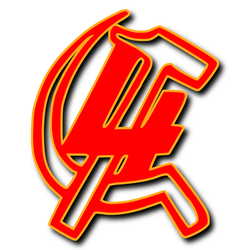 The IPCC’s expertise is essential when it comes to assessing the physical phenomenon of climate change. On the other hand, its stabilization strategies are biased by the submission of research to the capitalist imperatives of growth and profit. The scenario of a temporary overshoot of 1.5°C with nuclear power maintained and negative emissions technologies and geoengineering deployed is mainly dictated by these requirements.

The IPCC report on 1.5°C will serve as a basis for the COP24 negotiations. These are intended to close the gap between the maximum 1.5°C decided in Paris and the 2.7-3.7°C projected on the basis of current nationally determined contributions. But capitalists and their political representatives have their foot on the brake: there is no question for them of leaving fossils in the ground; there is no question of breaking with neoliberalism, no question of food sovereignty, no question of socializing the energy sector to plan the fastest possible transition to a 100% renewable system, no question of a truly just transition and climate justice. On the contrary: there is a great risk that the highly hypothetical negative emissions technologies will be used as a pretext to further weaken emission reduction targets.

“Every tonne of CO2 not emitted counts.” But who is counting, on the basis of which social priorities, in the service of which needs, determined by whom and how? For a quarter of a century now, the accounts have been kept by capitalists and their governments, in defiance of true democracy. The result is known: more inequality, more oppression and exploitation, more environmental destruction, more land grabbing and appropriation of resources by the rich... and a greater climate threat than ever. It is high time to change the rules of the game.

A strong global mobilization of environmental, trade union, peasant, feminist and indigenous movements is necessary and urgent. It is no longer enough to be outraged and put pressure on decision-makers. We must rise up, build the convergence of struggles, take to the streets by the millions and tens of millions, block fossil investments, land grabbing and militarism, actively invest in supporting farmers, lay the basis for social practices that are not determined by the framework of capitalism…

The climate issue is a major social issue. Only the exploited and the oppressed are able to provide answers in accordance with their interests. Ecosocialism or barbarism: this is the choice that is becoming increasingly clear. Our planet, our lives, our lives, life itself, are worth more than their profits!

Ecology Commission of the Fourth International