Greece: the so called debt reduction is a sleight of hand

Eric Toussaint, what do you think of the agreement between the Eurozone ministers? Has Greece got through the crisis? 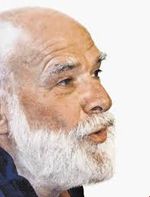 E.T.: The crisis is not at all over. What’s more, from the point of view of the European leaders the situation is not particularly brilliant either. To claim a reduction of debt, when in fact it is a ten year delay in repayments to some of Greece’s European partners, is to seek to create an illusion. The sums due to the IMF, the ECB, European Stability Mechanism and to private creditors are not concerned in the arrangement. They continue as usual. The IMF has made €5 billion in profits on Greek debt since 2010 and the ECB has made €8 billion. The measures that spread out repayments over a longer period are a consolation prize to the Tsipras government that has faithfully applied the hard austerity driven reforms demanded by the creditors over the last three years. Tsipras needs to be able to tell the Greek people that the austerity programme is finally working. At the same time the antisocial policies imposed by the creditors are to be reinforced. The Greek leaders wanted to show by the agreement made on 22 June that private investment funds could safely purchase Greek securities after the end of august under full institutional guaranties.

What is the Greek economic situation?

E.T.: Appalling, the GDP is about 30% lower than in 2009/10. Greece’s overall economic indicators are very poor. Three hundred and fifty thousand highly qualified young professionals have left for Germany, France and other North European countries. Not counting refugee arrivals in 2016-2017 the population is falling and is now expected to continue to fall, youth unemployment has risen to 40%. According to Eurostat 47% of Greek households are in arrears on at least one of their instalment policies and the bank repayment default rate is at 46.5%. Whether it is unemployment, the financial system or productivity the situation is very bad, and this is because of the policies imposed on Greece. Greece is the whipping boy for the European Union’s policies. The leaders wanted to show any Eurozone peoples who elect a radically left-wing government with a will to change and break with austerity that they will be severely punished!

What should have been done?

In 2010, the banking crisis should have been solved instead of keeping afloat banks that had taken enormous risks. Instead of injecting tens of billions of Euros to recapitalise them they should have been put in order and under public control. There are four banks in Greece that control 85% of Greek banking. The big French and German banks who had massively lent to the Greek private sector should have been left to assume the risks they had taken. As it was, they were bailed-out by the Greek government who borrowed the money from the Troika. Politically, when the Greek people chose, in 2015, to support a coalition that proposed important changes in social justice their democratic will should have been respected. Whereas, the democratic aspirations were systematically trodden down by the European authorities, very satisfied with Tsipras’ capitulation in the summer of 2015 when he signed the third memorandum that made the Greek crisis worse.

Should the debt have been written-off?

E.T.: Certainly, it is done quite often. When Poland left the Warsaw Pact in the early 1990s its western creditors granted a 50% debt reduction. At about that time, Egypt took part in the first Golf war and so was granted a 50% debt write-down. After the American invasion of Irak in March 2003 Iraq was granted a debt relief of 80%. Important debt reductions have been taking place for decades. It was absolutely necessary to do the same for Greece. Of course, a citizens’ audit would be necessary to identify who was responsible, among the Greek parties and their lenders. Remember that Greece is in third or fourth position in the World in armament spending compared to GDP! The principal arms suppliers being... Germany, France and the US! In the first memorandum, in 2010, one of the one of the unaltered repayment schedules was armaments. This preference continues. In early 2018 after Alexis Tsipras met Donald Trump, purchases of arms from the US for €1.6 billion were announced.