In Britain, after byelections in Stoke and Copeland:

Don’t blame Corbyn for the sins of Blair, Brown and New Labour 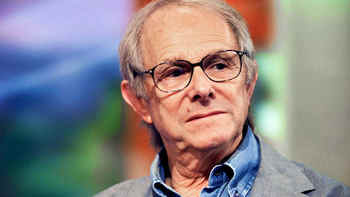 In the parts of Britain that have been left to rot, people support Jeremy Corbyn’s policies. So why aren’t MPs promoting them?

The spate of calls for Jeremy Corbyn to quit since last week’s byelections in Stoke and Copeland has been as predictable as it was premeditated. It says everything about the political agenda of the media, and nothing about people’s real needs and experiences.

I went to Stoke and Whitehaven, in Cumbria, a few days before polling. Momentum arranged screenings of Daniel Blake [1]. We went to Labour clubs in neglected areas, old estates away from the centre. At one club I was asked: “Why have you come here? No one comes here.”

Joe Bradley and Georgie Robertson, the organisers, were a model of how Labour activists should work: full of energy, hard-working and brilliantly efficient. They had a warm greeting for everyone, checked the screening facilities, made space for local contributors so people from that community felt it was their event and that they were being heard. This is how Labour can reconnect.

Both screenings were packed. The discussions were passionate, informed and invigorating, a world away from the tired cliches of the public discourse. This was not a marketing exercise but a real engagement with people and their concerns.

The failure of Labour governments – and, importantly, Labour councillors – was a common theme. It is not hard to see the neglect around Stoke. Solid Labour, for sure, but what good has it done them? A 2015 report into the area found 60,000 people in poverty [2], 3,000 households dependent on charity food, and £25m in council tax arrears. The presence of the BNP, now replaced by Ukip, shows how Labour’s failure left space for the far right.

It was a similar story in Copeland. Industries have been lost – steel, mines, a chemical factory – without any plan to replace them. Labour is seen to be as culpable as the Tories. Someone said that in Copeland it was an anti-establishment vote, and Labour is the local establishment. It was a vote against Tony Blair, Gordon Brown and previous MPs Jack Cunningham and Jamie Reed.

In both constituencies the Labour candidates, neither from the left of the party, were invited, but both candidates ignored the meetings. With coverage on television, radio and the press, this is bizarre. Could it be because Momentum were the organisers? We were there to support Labour. There was not even the courtesy of a reply.

Now let’s ask the real questions. What are the big problems people face? What is the Labour leadership’s analysis and programme? Why is Labour apparently unpopular? Who is responsible for the party’s divisions?

The problems are well rehearsed but rarely related to the leadership question. A vulnerable working class that knows job insecurity, low wages, bogus “self-employment”, poverty for many including those in work, whole regions left to rot: these are the consequences of both Tory and New Labour’s free market economics. Employers’ “flexibility” is workers’ exploitation. Public services are being dismembered, outsourced, closed down, the source of profit for a few and an impoverished society for the many. The central fact is blindingly obvious: the Blair, Brown and Peter Mandelson years were central to this degeneration. That is why Labour members voted for Jeremy Corbyn.

Corbyn and the shadow chancellor, John McDonnell, make a different analysis, and are proposing different policies. The market will never provide a secure, dignified life for the vast majority. If there is a need but no profit, the need goes unanswered. Collectively we can plan a secure future, use new technology to benefit everyone, ensure that all regions are regenerated with real industries, and rebuild our public services and the quality of our civic life. It is a vision of a world transformed and a rejection of the bitter, divided and impoverished society we see around us.

Corbyn’s policies would make a start. First, public investment in the neglected regions to provide properly paid jobs; a health service that is fully funded, with everyone from cleaners to consultants employed directly and the private contractors kicked out; resolving the PFI disaster so beloved of New Labour; council housing to resolve the crisis of homelessness, with planned and sustainable communities; and transport restored to public ownership to end the chaos of privatisation. There is an understanding of the problems and ideas to begin reconstruction. How to pay? Redress inequality through taxing great wealth and profits. I would also add that the economy needs fundamental change so that all “receive the full fruits of their labour”, as my old Labour party card says.

The irony is that these policies are popular. In a recent poll, carried out by the Media Reform Coalition [3], 58% oppose private involvement in the NHS, 51% support public ownership of the railways, and 45% favour increased public spending and raising taxes for the wealthiest. Why don’t we hear Labour MPs promoting this programme? Why the silence from the grandees who refuse to serve in the shadow cabinet? Do they reject the policies, preferring the New Labour politics of privatisation and austerity, or do they remain silent to isolate Corbyn and his supporters?

Corbyn and his small group fight the Tories in front and deal with the silent mutiny behind them. Yet the MPs, unrepresentative of the members, are doing immense damage. How come the media don’t put them in the dock? It is they and their backers in the party bureaucracy who have been rejected.

It was their Labour party, not Corbyn’s, that lost Scotland, lost two elections and has seen Labour’s vote shrink inexorably. Yet they retain a sense of entitlement to lead. They have tolerated or endorsed the erosion of the welfare state, the dereliction of the old industrial areas, public services cut back and privatised, and the illegal war that caused a million or more deaths and terrorised and destabilised Iraq and its neighbours. If Corbyn can be removed, it will be business as usual, with scant difference between Labour and the Tories. If it is to transform society, the party itself must be transformed.

And what of the press? The abuse of the right wing is as crude as we could have expected. But the papers that present themselves as radical have been revealed to be nothing of the sort. The Guardian and Mirror have become cheerleaders for the old Labour establishment. Column after column demands that Corbyn should go. Extinct volcanoes from New Labour are quoted with glee. A big headline for Mandelson: “I work every single day to oust Corbyn.” Mandelson had to resign twice from the cabinet in disgrace. Why give him such prominence, except to add to the anti-Corbyn mood music?

Broadcasters take their cue from the press. A report found that during the campaign for Corbyn’s re-election the BBC chose twice as many interviewees who were hostile to Corbyn as were supportive [4]. The critique is personal and as vicious as that waged against Arthur Scargill. If evidence were needed of Corbyn’s strength, it is his ability to withstand this onslaught.

Why this attack? Why are the abstentionists in his party exonerated, and he is held personally responsible for Labour’s prolonged decline? Could it be fear that Corbyn and McDonnell mean what they say? If they had a powerful movement to sustain them, Labour under their leadership would start to cut back the power of capital, remove multinationals from public services, restore workers’ rights, and begin the process of creating a secure and sustainable society in which all could share. That is a prize worth fighting for. It would be a start, just a start, on a long journey.

* Since you’re here …
… we’ve got a small favour to ask. More people are reading the Guardian than ever, but far fewer are paying for it. Advertising revenues across the media are falling fast. And unlike some other news organisations, we haven’t put up a paywall – we want to keep our journalism open to all. So you can see why we need to ask for your help. The Guardian’s independent, investigative journalism takes a lot of time, money and hard work to produce. But we do it because we believe our perspective matters – because it might well be your perspective, too.

If everyone who reads our reporting, who likes it, helps to support it, our future would be much more secure.