2011-2016: The Sixth Anniversary of the Start of the Arab Uprisings 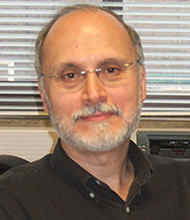 Six years ago, on 17 December 2010, Mohamed Bouazizi immolated himself in the Tunisian city of Sidi Bouzid. Bouazizi did not know that by this extreme form of protest, he was setting not only himself or his town on fire, nor his province or even his Tunisian homeland alone, but the whole Arab region. Indeed, his protest inspired millions of others—“from the Ocean to the Gulf” as the saying went in the heyday of Arab nationalism—to protest their regimes and the status quo.

The tragedy is that this wave of protests did not bring the renewal that was promised by the branding phrase “Arab Spring,” but rather what followed were more of the old calamities, aggravated to a frightening degree in some cases. It is necessary therefore to emphasize two crucial issues regarding the sad condition under which we commemorate the sixth anniversary of the Arab uprisings.

The first issue concerns a view that has spread quite understandably in the Arab region, according to which the lesson of the past six years is that the old order, despite its huge problems, was better than the revolt against it since the latter only managed to create a bigger disaster. The truth is that if we were to apply the same logic to any of the great revolutions in history, assessing them only a few years after their beginning, we would condemn them all. Thus, if we envisaged the French Revolution from the angle of where it stood six years after its start in 1789, we would find an appalling situation in France with an ongoing civil war that killed hundreds of thousands and a revolutionary regime that executed tens of thousands in a reign of terror. France was, later, to go through an imperial stage followed by the restoration of the monarchy that the revolution had overthrown. Only close to a century after the revolution’s start did the republican regime stabilize, and yet, the anniversary of the French Revolution on 14 July is the greatest yearly celebration in contemporary France, and the French recall their revolution as a glorious historical event, which most of their historians rally to defend against anyone who denigrates it by trying to portray it as a catastrophe.

Likewise, the English Revolution started with a civil war in 1642 that lasted a decade until 1651, and killed two hundred thousand people out of a total population of no more than five million, not counting the victims in Scotland and Ireland. Or consider China; six years after the beginning of its revolution in 1911, it had reached an extreme state of dismemberment with vast areas falling under the rule of warlords. Therefore, it is inappropriate to judge a revolution before it achieves its historical trajectory.

What started in the Arab region in 2011 actually is a long-term revolutionary process which, from the beginning it was possible to predict, would take many years, or even several decades, and would not reach a new period of sustained stability short of the emergence of progressive leaderships capable of bringing the Arab countries out of the insuperable crisis into which they have fallen after decades of rotting under despotism and corruption.

This brings us to the second issue that it is necessary to emphasize on this anniversary of the uprisings. To say that the old Arab regime is better than the revolt against it is like saying that the accumulation of pus in a boil is better than incising the boil and letting the pus out. The tragedies that we are witnessing now are not the product of the uprising, but indeed the product of decades of accumulation of rot in the heart of the old regime. The “Arab Spring” provoked the explosion of this accumulation, which inevitably would have happened sooner or later. The truth is that the longer the explosion was delayed, the more rot accumulated. If there is indeed one thing to be regretted in the Arab explosion, it is not that it happened but that it took so long to happen—so long that the old Arab order managed to achieve, to a great extent, its dislocation of Arab societies by means of tribalism, sectarianism, and various forms of cronyism, not to mention tyranny, state terror, and the lesser counter-terror provoked by governmental violence.

No one should mourn the old order as if it was a dream rather than a nightmare. No one should regret the past as if it would have been able to carry on forever. The lesson that must be drawn from the recent historical experience by all those who suffer or have suffered from the Arab order that has been in place for decades—and this is the vast majority of the inhabitants of Arab countries—is rather the urgent need for an emancipatory progressive alternative to the rotten past that started to crumble six years ago, and will not cease collapsing whatever attempts to stitch it are made by its rulers. The year 2016 bears witness to this truth: it was not restricted to the tragedy of Aleppo, but started with a local uprising in Tunisia and ended with massive social mobilizations in Morocco and Sudan.

The danger that threatens the Arab uprising is not the continuation of the revolution—its termination would indeed be much more dangerous than its perseverance—but the persistence of its lack of organized progressive forces capable to rise to the huge historical challenge that it faces. We are like a people that started coming out from the land of slavery and now face the threat of getting lost in the desert to be aggressed by ferocious beasts while searching for the promised land. To guide us towards this goal, we need a “modern Moses”: not a heroic individual leader but rather a collective emancipatory and democratically pluralistic project that champions the image of the new society to which we aspire.

* http://www.jadaliyya.com/pages/index/25709/the-sixth-anniversary-of-the-start-of-the-arab-upr
* The article is an English translation by the author of his Arabic article which originally appeared in Al-Quds al-Arabi: http://www.alquds.co.uk/?p=644691