The ecological debt at the heart of climate issues 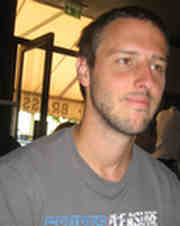 Now that the media craze surrounding the Paris Agreement has died down, it’s time to step back and ask ourselves what are the main reasons for the failure of these successive summits. Many of the problems are well known, particularly in activist circles, such as our leaders’ absolute belief of in unsustainable economic growth, as well as the way large multinationals and other lobbies insinuate into the hidden complexities of these negotiations.

Additionally, there is another aspect to this which we believe to be under-represented: that of the North-South divide within the climate debate. This aspect is indeed of paramount importance as it represents a choice as to the model of “development” which can satisfy the needs of most people / the 99% without having a significant impact on the planet (or, rather, with a little impact as possible). Therefore, a failure of cooperation between countries of the ‘Centre’ (the North) and countries of the ‘Periphery’ (the South) ultimately results in preventing fundamental changes which are essential to prevent widespread environmental and social disasters.

Global warming is an inherent result of the simultaneous global expansion of capitalism and industrialisation. |1| This dual expansion has, in most cases, been accomplished through violence (either military and/or economic). The Industrial Revolution could not have occurred without the resources of the so-called “New World” (gold, silver, sugar cane, tobacco, potatoes, guano |2|, virgin land |3|, ...). It was also this revolution, with its advances in transport, which facilitated the increasing globalisation of trade, first by steamer, then by the internal combustion engine. While, obviously, not evil in and of itself, it quickly became so due to the imperatives of competition and profit imposed by the expansion of capitalism. Colonisation became profitable when whole regions were “specialised” according to their comparative advantages (Ricardo), destabilising entire civilizations and making the world even more inter-dependent and therefore dependent on an ever-growing transport system with its accompanying ever-growing pollution. A climax / The zenith was reached during the second half of the twentieth century with the development of free trade, containerisation and the internet, giving complete freedom to large multinational groups to set up their subsidiaries at the four corners of the globe. Note that, contrary to what some people say, this has been accomplished, historically and for the most part, through coercion. In the developing world, economic weapons and mafia-like “elite” groups have simply replaced the old colonial armies. In ecological terms, the results have been an absolute disaster: pressure to set environmental standards which ignore inconvenient realities; extreme expansion of the distances which goods must travel; the dependence of billions of people on an agricultural model responsible for over a third of greenhouse gas emissions; ecological exploitation by countries forced to pay illegitimate debts; the impoverishment and relocation of entire populations to slums and shanty towns; an unconditional increase in inequality, etc. Knowing this history is fundamental.

Through an analysis of the expansion of industrial capitalism, using greenhouse gas emissions as a yardstick / measurement, we can see that the first increase (nineteenth century) coincided with the industrialisation of Europe, the United States and later Japan while the massive increase of these emissions (after 1950) corresponds to the increase of mass consumption of goods produced through the exploitation of the developing world. Therefore, from the perspective of CO2 accumulation, |4| these countries bear an overwhelming responsibility for global warming, contrary to the argument currently in vogue that China is primarily liable for greenhouse gas emissions. |5|

That is merely the first portion of what is known as climate injustice. It is entirely appropriate to call it “injustice”, as the consequences will be most brutally felt by those who bear the least responsibility: in countries in the developing world (especially by the poor). It can be further understood as a double vulnerability. First, there is the vulnerability to Nature. Most countries in the developing world are situated in the tropical regions, where the climate is already more capricious than elsewhere, and are more sensitive to temperature variations. An increase of a few degrees, or a shortening of the rainy season by a few days, may have a significant negative impact on harvests and potable water facilities, thereby destabilising entire regions. There is also the vulnerability to social and economic forces. Due to their lack of resources and limited access to efficient technologies (as a result of the structural adjustment programmes imposed by the World Bank and the IMF), these countries cannot withstand even the least of natural disasters. Therefore, although no human being will be spared the effects of global warming, it may increase the gap between the world’s regions. In negotiations, this has been addressed by the “mitigation and adaptation principles.” Unfortunately, these remain largely theoretical, the funds promised to allow the developing world to adapt to and mitigate the effects of global warming have proven to be insufficient. 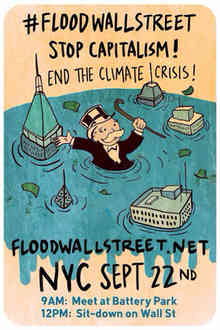 Despite the gravity of the situation, as nothing is being done to meet these challenges, we are heading towards a warm up of more than 4 degrees by the end of the century. Faced with this, it is clear that the climate talks that have been held have failed to address the underlying causes of the problem (indeed, since the first global climate talks, global emissions of greenhouse gas have continued to rise). Worse, the most popular proposals have often had the result of exacerbating the aforementioned environmental inequalities: nuclear power, centralised renewable power (mega-dam projects, fields of solar panels in the Sahara, etc.), biofuels, carbon emission trading, carbon offset programs, etc.

Besides their lack of real sustainability these solutions share, a strong focus on the old industrialised world, since they can only be deployed, on a large scale, at the expense of the peoples of the South. We can better understand why no solution (supposing there is still one) can be seriously considered without first recognising the environmental debt owed to the poor. This can be seen in the following example: in rich countries (if we disregard the disparities among their billions inhabitants of people), people will be averse to a drop in their standard of living (not only among the wealthy, but also among the vast majority few will agree to sacrifice luxuries such as air travel, and having the newest technological gadget, etc.), while in poor countries, the emerging middle class has no intention of renouncing the claim to the Holy Grails of mass consumption (a large home, a motorcar, annual travel holidays, etc.).

Of course, the ultimate problem facing the world is that this lifestyle of the so-called middle class can only be attained by an estimated 15% of the world’s population. And so we are headed for a deadlock that could be observed at the different global climate conferences. In many countries most voters belong to the middle classes. It is unthinkable, therefore, for countries to agree to measures which would antagonise them, not to mention the persistent and multiple collusions with the realms of finance and business.

In order to deal with this situation, it is imperative to recognise the ecological indebtedness to the peoples of the South. Moreover, the benefits arising from such recognition would be multiple: first and foremost, by acknowledging their historical responsibility, the countries of the North would establish a good basis for negotiations. This is not about blaming the countries of the North; however, it is completely unrealistic to believe a compromise may be reached between both parties without the recognition of the exploitation of one by the other. It goes without saying, that the increase in the rejection of the West is fed by the latter’s lack of recognition of such historic crimes as slavery, colonialism and neo-colonialism. In the future, extreme weather events will be likely to upset the lives of millions of people and thereby increase this resentment against the West, which is regarded as being unwilling, rather than unable, to address this challenge. Conversely, admitting responsibility, and of course considering making reparations, will only encourage a less adversarial relationship between the different parts of the world.

The question of reparations is discussed in another article in this publication, but two points will be emphasised here: first, this ecological debt alone constitutes a compelling argument to justify the outright cancellation of Third World debt (it is not for nothing that the CADTM is highlighting this issue), secondly, popularising this concept could enable people of the Northern countries to understand that the development model that has been imposed on them cannot exist without the exploitation of the planet and the peoples of the South. It is likely that this would also encourage awareness of issues that will be brought to the forefront in the (near) future such as climate refugees. To accomplish this objective, it is imperative that the question of responsibility and reparations move beyond the North/South divide and instead become a debate in terms of social classes. It is not a question of blaming everyone in the North, but rather of having certain actors take direct responsibility for global warming. To do this, the concept of climate crime and/or ecocide is an interesting development in international law which will allow for progress towards greater environmental justice and prevent our ecological debt from further growing.

This article has been excerpted from the CADTM’s magazine, Les Autres Voix de la Planète [The Other Voices of the Planet]

|1| There was an increase in emissions of greenhouse gases beginning with the Industrial Revolution, followed by a sharp increase during the 1950s.

|2| At that time, guano served as a fertilizer that was needed because of the increasing urbanisation of European societies.

|3| According to the historian Kenneth Pomeranz, this availability of land would have eased the stress on European ecosystems. He further points out that this is also an advantage that Britain, at that time, had over certain regions of China, today, in reaching the same levels of “development”. See Kenneth POMERANZ, Une Grande divergence, Albin Michel, Paris, 2010.

|4| The main greenhouse gases remain in the atmosphere for several decades.

|5| The following two omissions should be noted: first, the sheer size of the Chinese population, which qualifies the country’s responsibility and second, the amount of goods exported and the amount of fossil fuels used to do so.