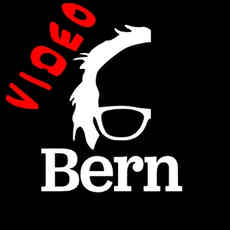 "Bern" The Bernie Sanders documentary will tell the story of Bernie Sanders' life growing up, the historic campaign currently taking place, and the people working to get him elected. We have a unique opportunity to capture a pivotal moment in American culture and its impact on the country's political and social landscap.

We are independent filmmakers, producers, animators, editors, writers and other creative and communications professionals who are interested in adding dimension to the current political discourse by learning more about one of the most intriguing participants of the 2016 presidential election. As an independent collective, we are beholden only to the story we are telling, and we are committed to discovering and telling it as authentically as possible.