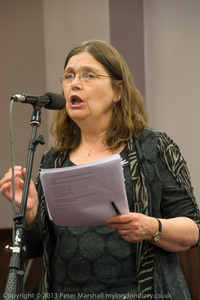 Cameron has tried – but failed – to distance himself from the Panama papers, says Left Unity Principal Speaker, Felicity Dowling.

The recent revelations and admissions show that he has dissembled the sources of his wealth. He has profited from offshore banking, inheritance tax management and the tax avoidance schemes that are the preserve of the very rich. He has criticised others for tax evasion but now the mask has slipped and his hypocrisy is exposed. He is revealed for what he is: both a beneficiary and an agent of extreme class privilege. And while profiting himself he has driven forward the most savage attacks on working people and the poorest in our society.

The Panama papers show clearly that offshore banking and the complex system of tax evasion have been carefully constructed by the very rich and their political representatives. They have been developed and established over years, in law and in tax regulation. And it is not something confined to corrupt individuals and regimes elsewhere – as some would have us believe. Britain is at the very heart of it: the whole legislative framework of the Virgin Isles, laws in the Channel Islands and in the Isle of Man and more. Tax minimisation lawyers have been “consulted” by HMRC while tax collection employees have been reduced in numbers.

Offshore banking, inheritance tax management and tax evasion schemes for the very rich are part of a complex and major project developed over years. Our ruling class has put far more effort into this than into creating and building modern industry in this country.

It’s not just one law for the rich but a whole complex construction of laws – holding, managing, investing and hiding extreme wealth are rarely covered in popular news, unlike so-called benefit fraud. The huge wealth of this country – held by so few – exposes the total lie of austerity. In truth, there is plenty of money and it needs to be distributed fairly across society. Austerity is a political fraud not an economic necessity.

Cameron is at the heart of a multi-generational project, to protect the privileges of wealth. Meanwhile his government sets the benefits cap to make tens of thousands of families with children homeless. It’s time to put an end to this duplicity and extortion, wreaked upon the people of Britain. Of course there is more to it than Cameron: a whole rotten class system stands with him and behind him, but he has to go. It’s the first step towards acknowledging that Britain needs an alternative. Cameron has to go.

There will be protests calling for Cameron to go.